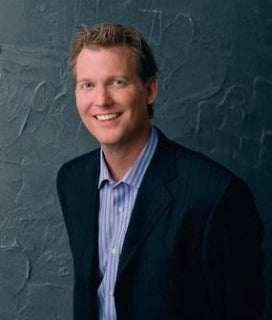 Craig Kilborn, perhaps best known as the man who jettisoned "The Daily Show" before Jon Stewart made it a pop culture phenomenon, is returning to television with a new syndicated series for Fox stations.

It will feature the host giving his sardonic take on the day’s pop culture mishaps and current events. It will also boast a rotating panel of celebrity guests and the "5 Questions" shtick he popularized during his five year stint as host of CBS’ "Late Late Show."

Kilborn, who also hosted ESPN’s "SportsCenter" for a time in the nineties, has kept a low profile since leaving his late night hosting gig in 2004. He alluded to his spotlight shunning ways in a statement announcing his television return.

"Mom, I’m home," Kilborn said. "The last few years of triathlons and charity work have been fulfilling, but fulfillment is overrated. Let’s get it on."

Produced by Twentieth Television, the program will kick off its six-week summer run on June 28th."The Kilborn File," will show in a at 6:30, 7, 7:30, or 10 p.m. in such markets as New York, Los Angeles, Philadelphia, Boston, Phoenix, Austin and Detroit.