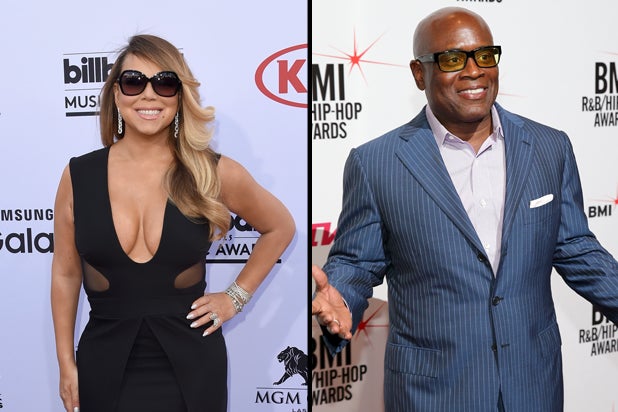 One day after Mariah Carey returned to the stage of the Billboard Music Awards for the first time in 15 years, her label boss L.A. Reid expressed skepticism about the chart-topping prospects for new single, “Infinity.”

Epic Records CEO L.A. Reid said in a far-ranging interview with Billboard published Monday: “To even be on the radio at this point in her career is a huge accomplishment, because radio doesn’t cater to veteran artists or legends. Radio caters to in-the-moment stars.”

Reid was quick to point out that Carey is not the only legacy artist to have trouble cracking the charts these days.

“Nobody that put out records 25 years ago is going to have a No. 1. Not Paul [McCartney], Stevie [Wonder], Bruce [Springsteen], Mick [Jagger] or Keith [Richards]. Not Prince, not anyone,” he said. So if she can get on the radio, we’ve done damn good. Would we like to have a No. 1? F– yeah, I’m greedy. But it’s not realistic.”

Maybe it’s that kind of honesty that brought Carey back to Reid, who signed the 45-year-old star to Epic in March and immediately packaged a greatest-hits collection, “#1s,” to accompany her Las Vegas concert residency. While at Universal’s Island Def Jam records, Carey felt she was languishing without Reid’s support.

“I felt really abandoned by him. I was lost. I really didn’t like being at a place without a family. You’ve gotta have people that actually care about you as an artist, that’s first and foremost, and as a person as well,” Carey recently told the L.A. Times.

“That’s what you get with him. I was kind of like floundering, doing some work that I’m still really proud of.”