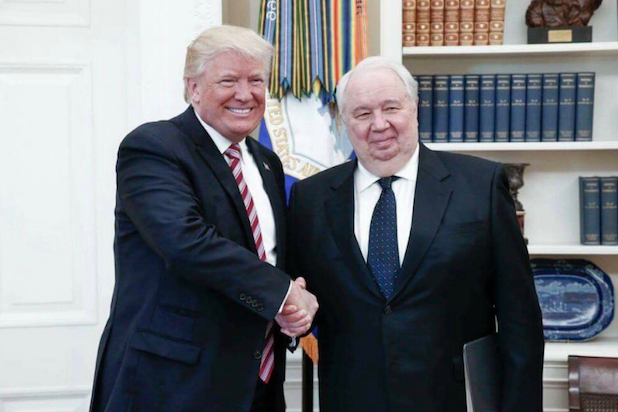 Members of Donald Trump’s campaign team failed to disclose at least 18 emails and phone calls with Russian officials and other individuals close to the Russian government, Reuters reported Thursday.

Citing interviews with three current or former U.S. officials with knowledge of the situation, Reuters reported that communications increased immediately after Trump’s victory in the 2016 election. The sources told Reuters that former National Security Adviser Michael Flynn and Russian U.S. Ambassador Sergei Kislyak attempted to establish a back channel for communication between Trump and Russian President Vladimir Putin “that could bypass the U.S. national security bureaucracy.”

The contacts came to light as part of the ongoing investigation into alleged Russian interference in the 2016 U.S. Presidential Election and possible collusion by the Trump Campaign. Former FBI Director Robert Mueller was appointed Special Counsel in the investigation on Wednesday.

Trump took to Twitter on Thursday morning to blast the investigation into possible Russian meddling in the 2016 election as a “witch hunt.”

This is the single greatest witch hunt of a politician in American history!

The decision for Mueller to lead the special counsel came just one day after the New York Times reported that the president attempted to shut down an FBI investigation into Flynn by telling Comey to “let it go,” and just two days after the Washington Post reported that Trump revealed highly classified information in a meeting last week with Russian officials.

Reuters reported that its sources “had seen no evidence of wrongdoing or collusion between the campaign and Russia in the communications reviewed so far,” but said “the disclosure could increase the pressure on Trump and his aides to provide the FBI and Congress with a full account of interactions with Russian officials and others with links to the Kremlin.”

The White House did not respond to Reuters’s requests for comment and Flynn’s lawyer declined to comment.

“We do not comment on our daily contacts with the local interlocutors,”  spokesman for the Russian embassy in Washington told Reuters.