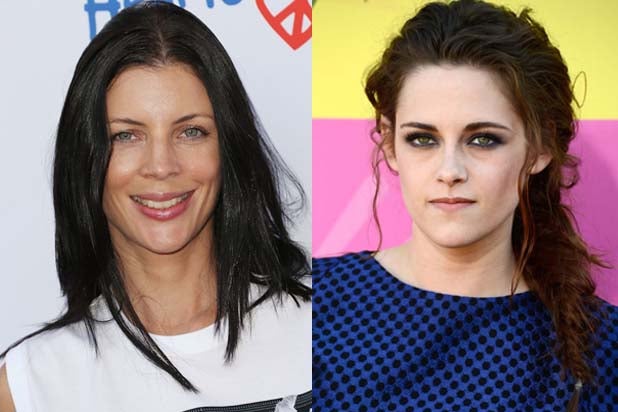 Liberty Ross is opening up about her husband’s affair with Kristen Stewart for the first time, and the marriage-ending experience was just as bad as anybody reading the tabloid reports could predict.

“Snow White and the Huntsman” director Rupert Sanders told his model-turned-actress wife about his adulterous tryst with Stewart –the actress who played Snow White in the Universal hit — 20 hours before Us Weekly published the photos of him kissing her in July of 2012.

“I have no words to describe what we went through,” Ross said. “But I think, for me, something always has to completely die for there to be a rebirth. And, for me, I feel like I’m going through a rebirth.”

Despite Sanders’ public apology, and his private attempts to reconcile, Ross filed for divorce last January. The couple married in 2002, and have two children together.

“I’m not a quitter,” Ross said. “I’ve done everything I could to be the perfect wife and mother and really support my husband. But I just didn’t have any more to give, you know?”

The British couple moved from London to Los Angeles when Ross was pregnant with their first child in order to allow Sanders — already an accomplished commercial director — to focus on his filmmaking career, which kicked off with “Snow White.” Sanders won’t return to direct the sequel Universal is planning.

Ross told Vanity Fair she was excited for her husband’s success, and proud of what they’d accomplished as “a team,” but knew something wasn’t “100 percent right” before the paparazzi caught Sanders in Stewart’s arms.

“I had times when I felt very lonely, very disconnected from Rupert,” Ross said. “We’d lost our real connection.”

Despite the affair, and the tabloid drama it put the entire family through, Ross says she has forgiven Sanders.

“We were together for 16 years, and that in itself is really beautiful,” Ross added. “And we’ve created two exceptional lives together.”