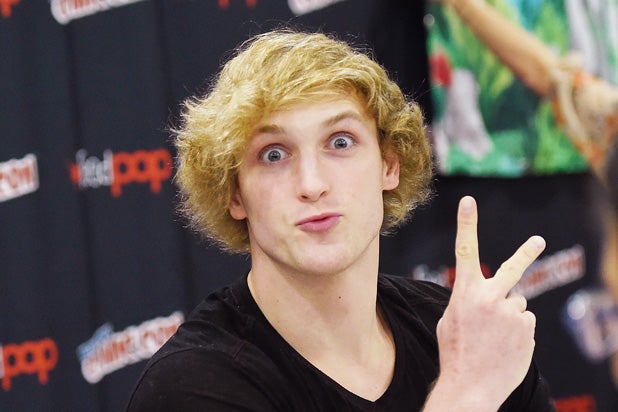 Logan Paul just called it quits — well, not entirely — but the popular, and at times controversial, daily vlogger announced he won’t be vlogging on a daily basis anymore.

Paul told his 17 million subscribers know on Sunday he’s “thankful” and “blessed” to have created so much content, but “your boy wants to exercise his creativity in other ways.”

The 23-year-old is known for creating wacky videos daily for the last two years. But Paul’s channel was under heavy scrutiny earlier this year, after he posted several inflammatory videos, including one where he mocked a corpse hanging from a tree in Japan’s Aokigahara Forest.

Paul eventually followed up with a video on suicide prevention after he was publicly shamed, but soon returned to posting questionable content. After encouraging his followers to eat Tide Pods, YouTube banned ads on his channel for two weeks, calling the video “not only unsuitable for advertisers, but also potentially damaging to the broader creator community.”

Just because he won’t be posting videos everyday doesn’t mean Paul is going away anytime soon. Paul said he wants to spend more time on other projects, like sketch comedy, and will still upload occasionally to his main channel.

“YouTube is not my career,”said Paul. “This is a hobby. I hopped on this platform like two years ago. I have diversified, bro. I’ve got my tentacles spread out in a lot of industries.”

In the wake of her passing, fans of YouTube star Stevie Ryan are commemorating the life of one of the internet's first viral video stars. First gaining fame in 2006 with her character "Little Loca," she turned her career into a two-season VH1 sketch show, "Stevie TV," where she performed impressions of pop stars and celebrity staples. Here are just a handful of them
View In Gallery