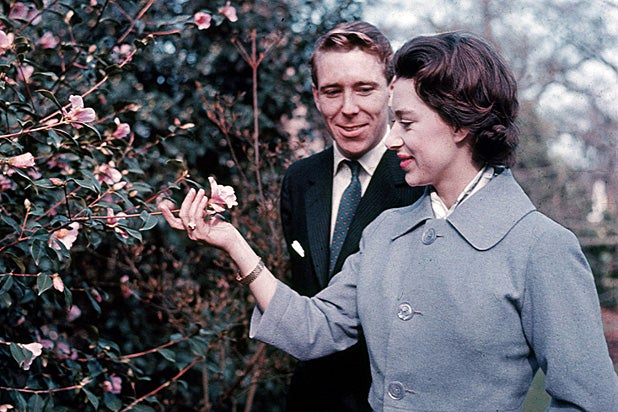 Lord Snowdon, the former husband of Great Britain’s Princess Margaret, died on Friday, the BBC reported. He was 86.

Born Antony Armstrong-Jones in London in 1930, the renowned photographer and filmmaker died at his home, according to his picture agency, Camera Press.

Over this esteemed career as a photographer, he shot scores of famous people with inside and outside the royal family, including Diana, Princess of Wales, Jack Nicholson, Elizabeth Taylor and David Bowie.

The artist was also responsible for the official portraits of Queen Elizabeth II and the Duke of Edinburgh for their 1957 tour of Canada, which was recently brought to the small screen on Netflix’s Golden Globe winning drama, “The Crown.”

Princess Margaret is portrayed by Vanessa Kirby on the hit series, Lord Snowdon’s character has yet to appear;  her prior affair with Peter Townsend (Ben Miles) is a key storyline in the show’s first season.

Lord Snowdon (then known as Armstrong-Jones) married Princess Margaret, the Queen’s younger sister whom he met while working as the society photographer for Tatler Magazine, in May 1960 at Westminster Abbey, and the couple went on to live in apartments at Kensington Palace.

From then on, he was known by the titles the Earl of Snowdon and Viscount Linley.

Also Read: 'The Crown': 7 Reasons the Golden Globes Darling Is So Worth Watching (Photos)

The couple had two children: David Armstrong-Jones, Viscount Linley and Lady Sarah Armstrong-Jones, but the marriage suffered very public bumps early on. Margaret and Lord Snowdon’s break-up lasted 16 years, with reports of drinking, drugs and bizarre behavior on both sides.

They eventually divorced in 1978 after Princess Margaret began an affair with Roddy Llewellyn.

He also allegedly fathered Jasper William Oliver Cable-Alexander in 1978 with Melanie Cable-Alexander, an editor at Country Life magazine, the revelation of which led to his divorce from Lucy in 2000.