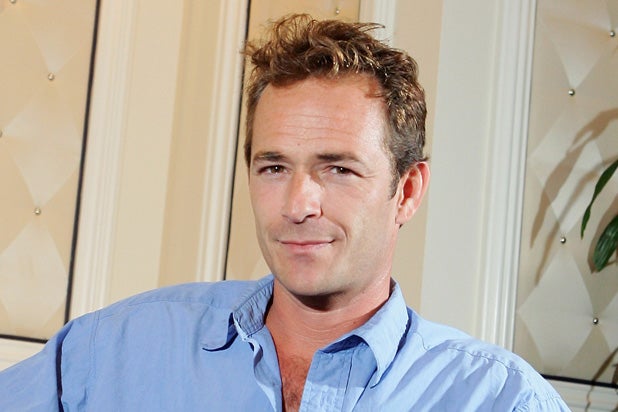 Perry — who at the time of his death starred on The CW teen drama “Riverdale” as Fred, the father of lead character Archie Andrews (K.J. Apa) — was hospitalized last Wednesday morning after paramedics responded to a call that someone at his home in Sherman Oaks, California, was suffering a stroke, according to TMZ.

His other notable small-screen credits include HBO prison drama “Oz,” the titular role on Showtime’s post-apocalyptic series “Jeremiah” and NBC’s short-lived ensemble drama “Windfall,” about a group of friends who win the lottery. He also had roles in “Body of Proof” and “John from Cincinnati.”

On the big screen, Perry appeared in films like the original “Buffy the Vampire Slayer,” “The Fifth Element,” and “8 Seconds.” He also has a role in Quentin Tarantino’s upcoming “Once Upon a Time in Hollywood,” which is currently in postproduction.

Perry did significant voiceover work, often playing parody versions of himself on shows like “The Simpsons,” “Johnny Bravo” and “Family Guy.”

Last Wednesday — the same day Perry was hospitalized — Fox revealed it had set a six-episode “90210” revival for this summer, featuring most of the original cast, including Jason Priestley, Jennie Garth, Ian Ziering, Gabrielle Carteris, Brian Austin Green and Tori Spelling playing “heightened versions of themselves in a brand-new serialized drama — with a healthy dose of irreverence — that is inspired by their real lives and relationships.” Notably absent from the list of performers was Perry and another original co-star, Shannen Doherty.

Perry previously turned down The CW’s offer to reprise his role as Dylan on its short-lived 2008 revival of the series, “90210,” though Doherty, Garth, and Spelling did make appearances.