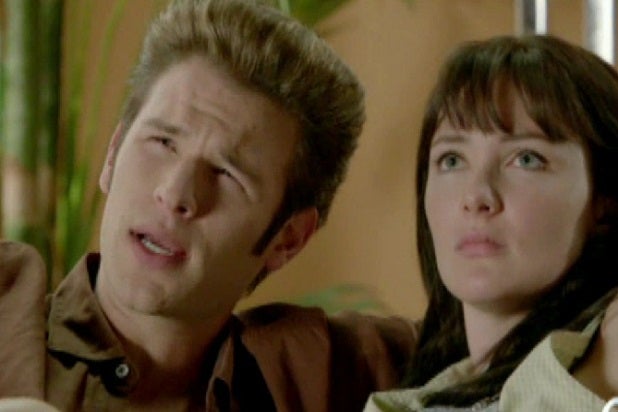 In a sneak peek at Lifetime’s upcoming “The Unauthorized Beverly Hills 90210 Story,” Perry (played by Jesy McKinney) films a makeout scene with Doherty (Samantha Munro), his hands roving further north than the powers-that-be are comfortable with.

But this is Luke Perry — or, rather, Jesy McKinney — we’re talking about here, and if he wants to feel up his co-star, he’s going to.

“That’s where the hands go. I have no control over them,” McKinney declares with squinty-eyed, pompadour’d cockiness.

“The Unauthorized Beverly Hills 90210 Story,” premieres Oct. 3. Better get your cholesterol checked after watching it, because this things going to be cheesy.