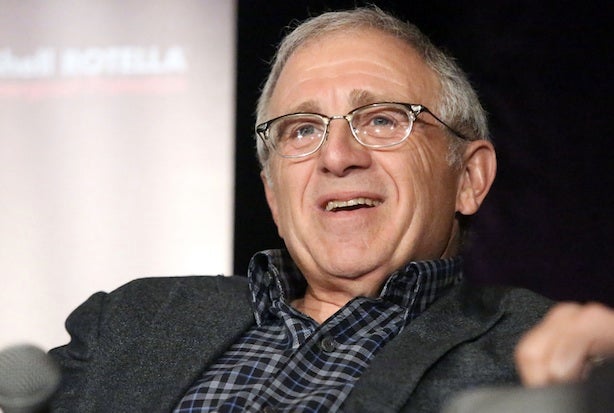 Less than a year after both severed their ties to Live Nation Entertainment, Irving Azoff and James Dolan are joining forces again.

In addition to providing management services to such longtime Azoff clients as the Eagles, Van Halen and Christina Aguilera, the company will have an interests music publishing and will produce digital products and television shows.

“We have a shared vision for ways to do things that are artist-friendly and fan-friendly,” Azoff, who will serve as the new venture’s chairman and chief executive officer, said.

Unlike Live Nation, it will be privately held — and that’s an important distinction. When Azoff stunned the music industry by resigning from his perch as chairman of Live Nation Entertainment last December, he made no secret that he felt stifled by the demands of running a publicly traded company.

He told TheWrap at the time that “the process of being a public company in America right now sucks if you’re an entrepreneur.”

His exit and his close friendship with Madison Square Garden Executive Chairman James Dolan was seen as precipitating Dolan’s resignation from Live Nation’s board and his company’s sale of its $44 million stake in the concert giant last spring.

Both men said the current arrangement would eliminate the aspects of the Live Nation job that Azoff disdained, while offering him the financial resources to be a player.

“I’m not going to have the responsibilities that I did at a public company, where I was dealing with investor relations and board meetings,” Azoff said. “This allows me to be very entrepreneurial, but you can’t be too small or you can’t make an impact.”

Dolan seemed equally enthused, adding, “What I love about the way we set this up, is that there is no board of directors, there’s no long approval processes. It’s essentially Irving’s business to run …We’ll be fleet of foot and able to make decisions quickly and take advantage of opportunities in a way that bigger companies might not be able to.”

It will be well capitalized, despite its smaller size.  A subsidiary of Madison Square Garden will pay $125 million for a 50 percent interest in the new company and will also provide up to $50 million of revolving credit loans.

With that backing, Azoff MSG Entertainment plans to focus on a few key areas:

>> Music rights, with an emphasis on building a music library and licensing content.

>> Television production and live events, with new division headed by Lawrence Randall, former head of programming and entertainment for the National Football League.

>>Digital branding, the main thrust of which will consist of the company’s 50 percent stake in Digital Brand Architects, a network of of bloggers that consult with the owners of brands and other products and help them exploit social media opportunities.

The new company also announced that it has partnered with digital technology company ACTV8 and United Talent Agency on a live-music discovery show called “Streets of the City” that will allow viewers to scout and support street talent through crowd sourcing.

Azoff said that partnering with Madison Square Garden will allow his new venture to have access to a number of premiere concert venues such as Radio City Music Hall and the Garden, as well as the soon to be renovated Forum in Inglewood, California.

“This is a business that is all about contacts, relationships and clout, and together we have much more clout than we do when we’re apart,” Azoff said.