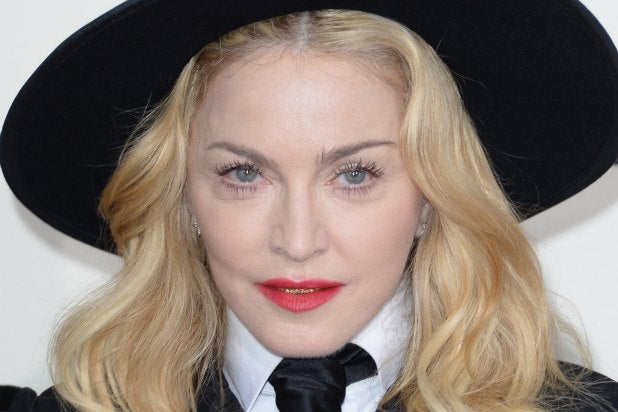 Christmas has come early for Madonna fans, who chose to release six new songs after early mixes of 13 tracks found their way online.

The hot songs are off Madonna‘s upcoming 13th album, “Rebel Heart,” which isn’t due until March. When the 13 unfinished songs hit the Web, Madonna moved swiftly and decisively to make six official tracks available on iTunes and other digital retailers.

Another batch of tracks will be made available on Feb. 9 before the album’s official release one month later via Interscope Records.

Also Read: Madonna’s Nude Photo Has Women of ‘The View’ Wishing They Could Pose Naked Too (Video)

“I was hoping to release my new single ‘Living for Love’ on Valentine’s Day with the rest of the album coming in the spring,” Madonna said in a statement sent to music media. “I would prefer my fans to hear completed versions of some of the songs instead of the incomplete tracks that are circulating. Please consider these six songs as an early Christmas gift.”

The tracks Madonna released include “Living for Love,” “Devil Pray,” “Ghosttown,””Illuminati,” the reggae-like “Unapologetic Bitch” and “Bitch I’m Madonna,” the latter of which features Nicki Minaj.

Madonna worked with a handful of top artists who serve as producers on “Rebel Heart,” including Diplo and Kanye West.

“We really pushed the envelope with some of the stuff we were doing,” Diplo has previously said, crediting Madonna for being “up for anything.” “Madonna was very open-minded to my ideas… she was down from day one.”

Earlier this month, Madonna hit Instagram to complain about the leak of title track “Rebel Heart,” saying she felt like she had been “violated as a human and an artist” before her music was “stolen and leaked.” “I am asking my true fans and supporters who respect me as an artist and a human to not get involved with the purchasing trading or posting of unreleased images or music. I hope and pray we find the source of the leaks soon. Until then i am grateful for any leads or info and even more grateful for your support and loyalty! Please let me finish my work so i can give you my very best!”

We look forward to your new material, girl!