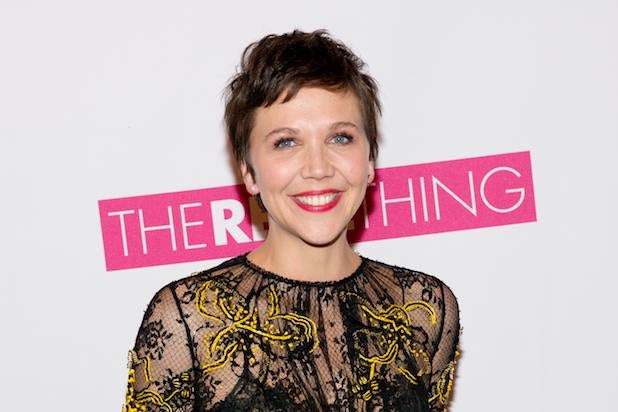 Every time we think things are getting better for women in Hollywood, something comes along to remind us — naaah.

Maggie Gyllenhaal, an Oscar nominee getting Emmy buzz for her work on the Sundance miniseries “The Honourable Woman,” revealed that she was recently turned down for a role in a movie because she was too old to play the love interest for a 55-year-old man.

“There are things that are really disappointing about being an actress in Hollywood that surprise me all the time,” she said during an interview for an upcoming issue of TheWrap Magazine. “I’m 37 and I was told recently I was too old to play the lover of a man who was 55. It was astonishing to me. It made me feel bad, and then it made me feel angry, and then it made me laugh.”

Good for Gyllenhaal for having such a pungent sense of humor. Hollywood has come under severe scrutiny for the persistently low number of leading roles for women in the movies, and the ACLU recently requested that state and federal agencies investigate Hollywood studios, networks and talent agencies over gender discrimination.

The San Diego State University’s Center for the Study of Women in Television and Film found that there are fewer jobs available for leading actresses since female characters made up just 12 percent of protagonists in the top 100 domestic-grossing films of 2014. This figure is 3 percent below 2013’s study and 4 percent below the number in 2002.

Gyllenhaal declined to specify the project on which she was considered too old, but we’re wide open to suggestions. What’s casting out there with a 55-year-old leading man?

Also Read: Kristen Stewart Rips Hollywood for Sexism: 'It's So Offensive It's Crazy'

And despite the recent slam, Gyllenhaal said she was hopeful for women. “A lot of actresses are doing incredible work right now, playing real women, complicated women,” said the actress, who won a Golden Globe in January for her role in “The Honourable Woman” as an Anglo-Israeli businesswoman. “I don’t feel despairing at all. And I’m more looking with hope for something fascinating.”