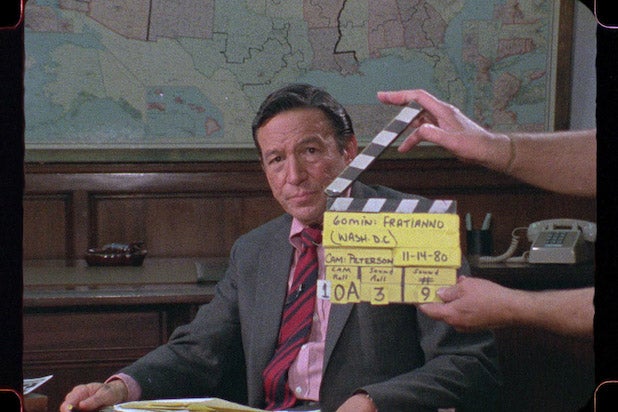 Magnolia Pictures has acquired North American rights to the documentary “Mike Wallace is Here,” the distributor announced on Wednesday.

The film, directed by Avi Belkin, is a documentary about veteran newsman Mike Wallace, whose confrontational, no-holds-barred style of journalism influenced generations of reporters.

“Mike Wallace is Here” offers an unflinching look at the legendary reporter, who interrogated the 20th century’s biggest figures in his over fifty years on air, and his aggressive reporting style and showmanship that redefined what America came to expect from broadcasters. Unearthing decades of never-before-seen footage from the 60 Minutes vault, the film explores what drove and plagued Wallace, whose storied career was entwined with the evolution of journalism itself.

Also Read: 'Toni Morrison: The Pieces I Am' Documentary Acquired by Magnolia Pictures

“Since I began work on this film three years ago, the attacks against the free press have only escalated. I’ve witnessed our culture shift to a point where the hard question is fighting for its right to be asked,” Belkin said in a statement. “I’m honored to collaborate with Magnolia Pictures in bringing this important story to the big screen. We’re very excited for audiences to discover the real story behind the fearsome reporter persona of Mike Wallace, and what’s really at stake today at this precarious tipping point for journalism.”

Magnolia is targeting a 2019 theatrical release for the film, which recently premiered in U.S. Documentary Competition at the 2019 Sundance Film Festival.

“Mike Wallace’s legacy in journalism is almost incalculable,” Magnolia Pictures president Eamonn Bowles said in a statement. “Avi Belkin has done a masterful job in crafting an incredibly cinematic view of it.”

The deal was negotiated by Magnolia EVP Dori Begley and Magnolia SVP of acquisitions John Von Thaden with CAA Media Finance on behalf of the filmmakers.