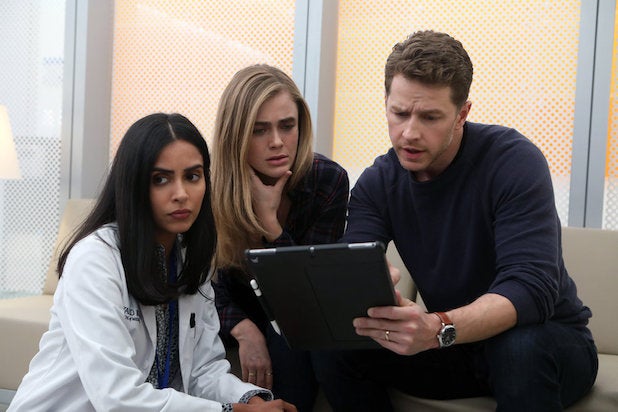 “Manifest” returned to NBC on Monday night after a one-week hiatus, and fans of the show seemed pretty happy to have it back.

NBC finished first in primetime again, when the network even enjoyed some growth from the prior Monday. Seven days ago, NBC substituted a “Wicked” Halloween special for its “Lost”-like airplane drama.

This Monday, ABC and Fox again tied for second in fast-national ratings, though the Disney-owned broadcaster’s Nielsen numbers may adjust down when ESPN’s “Monday Night Football” game is factored out of a few local markets.

This “Manifest’ episode slipped one-tenth of a ratings point from its last original and shed 1 million “live” viewers.