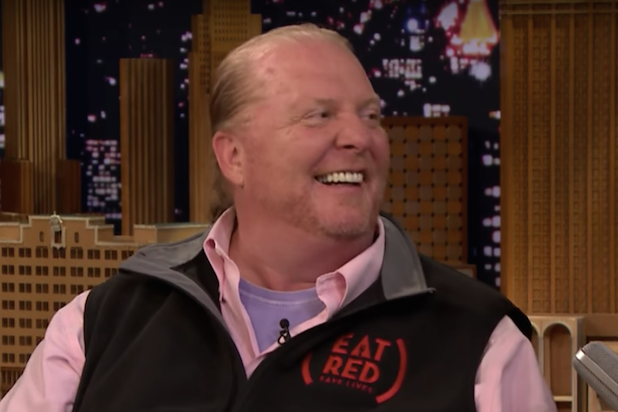 ABC removed celebrity chef Mario Batali from “The Chew” after four women accused him of sexual misconduct and groping over two decades. Three of the four women were Batali employees.

The accusations were first reported by Eater on Monday. In a statement to the website, Batali said he would step away from the day-to-day management of his Batali & Bastianich Hospitality Group.

“I apologize to the people I have mistreated and hurt,” he said in a statement to Eater. “That behavior was wrong and there are no excuses. I take full responsibility and am deeply sorry for any pain, humiliation or discomfort I have caused to my peers, employees, customers, friends and family.”

He also said of his restaurant role: “We built these restaurants so that our guests could have fun and indulge, but I took that too far in my own behavior. I won’t make that mistake again. I want any place I am associated with to feel comfortable and safe for the people who work or dine there.”

ABC said in a statement: ““We have asked Mario Batali to step away from ‘The Chew’ while we review the allegations that have just recently come to our attention.”

None of the accusers are named in the Eater piece, but one woman said Batali, at a party in New Orleans about 10 years ago, groped her after she spilled wine on her dress. She said he had also been drinking.

“He just went to town, and I was so shocked,” the woman said. “Jaw on the ground, I just stepped back from him in utter disgust and walked away.”

Batali did not immediately respond to a request for comment from TheWrap.