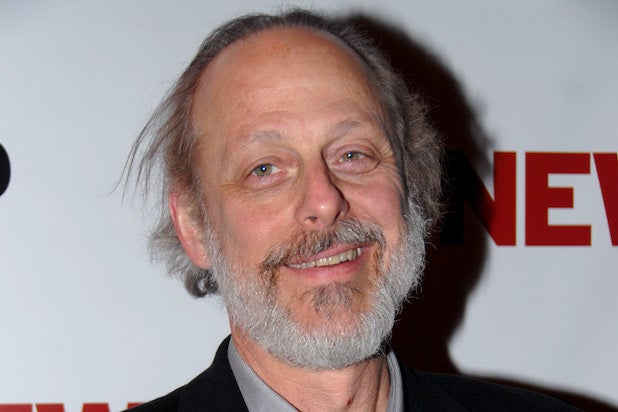 Mark Blum, a veteran character actor who starred in the films “Desperately Seeking Susan” and “Crocodile Dundee,” as well as the recent TV series “You,” has died due to complications from the coronavirus. He was 69.

As news of his death became public, his peers and friends in the entertainment industry, including his “Desperately Seeking Susan” costars Rosanna Arquette and Madonna, paid him tribute. Read more here.

Blum was also a fixture of the New York theater community, having won an Obie Award for his performance in the Playwrights Horizons production of a play from Albert Innaurato, “Gus and Al.” He’s also appeared on Broadway in Neil Simon’s “Lost in Yonkers,” Gore Vidal’s “The Best Man” and more.

“With love and heavy hearts, Playwrights Horizons pays tribute to Mark Blum, a dear longtime friend and a consummate artist who passed this week. Thank you, Mark, for all you brought to our theater, and to theaters and audiences across the world. We will miss you,” the theater company Playwrights Horizons said in a tweet.

“He was one of the most respected actors in New York: a beacon of fierce intelligence, dry wit & deep kindness on stage and off. A tragic loss,” playwright Jack Canfora added in a tweet.

The New Jersey-born actor Blum got his start on the stage in the 1970s before pivoting to film and television, starting with a role in the 1983 film “Lovesick” followed by a turn on “St. Elsewhere” in 1984.

In 1984, Blum played Rosanna Arquette’s husband in the 1985 comedy “Desperately Seeking Susan” alongside Arquette and Madonna. He also had a role in “Crocodile Dundee” as the newspaper editor to the film’s female lead played by Linda Kozlowski. Some of his other film credits include “Shattered Glass,” “Step Up 3D” and most recently “Coin Heist.”

“I’m sad about this. He was really very kind, was always supportive and funny, a gentle man and a great actor who loved the work,” Arquette told TheWrap. “I’m so sad for his family and all the people who love him. This is a tragedy on so many levels. Rest in peace and power, Mark Blum.”

In an Instagram post, Madonna called his death “really tragic.” She described Blum as “funny, warm, loving and professional” on set.

Blum had a substantive role as Union Bob on the Amazon series “Mozart in the Jungle,” and he recently starred in the first season of the Lifetime/Netflix drama “You” as Mr. Mooney, the bookstore owner who served a surrogate father figure to Penn Badgley’s sociopathic lead character, Joe.

I Want to Acknowledge the Passing of a remarkable Human, fellow actor and friend Mark Blum, who succumbed to Coronavirus. This is really tragic and my heart goes out to him, his family and his loved ones. I remember him as funny warm, loving .and professional when we made Desperately Seeking Susan in 1985!! Another reminder that this virus is no joke, nothing to be casual about or pretend wont affect us in some way. ♥️ we need to stay grateful -be hopeful- help each other-and follow the quarantine rules! #covid_19 #markblum #desperatelyseekingsusan

It is with such deep sorrow that I’m writing to share the news that our friend and former board member Mark Blum has passed away as a result of complications from the coronavirus. Mark was a dedicated Screen Actors Guild and SAG-AFTRA board member serving from 2007-2013, pic.twitter.com/aA3yPfOwh7

With love and heavy hearts, Playwrights Horizons pays tribute to Mark Blum, a dear longtime friend and a consummate artist who passed this week. Thank you, Mark, for all you brought to our theater, and to theaters and audiences across the world. We will miss you. pic.twitter.com/NMVZFB5hPb

There are actors whose names appear in the announcement of a play, and you instantly think, without knowing any details: This will be work worth seeing. Mark Blum was of that wonderful caliber. Made me believe, every time I saw him. It's terrible to read of his death.

In 2011 Mark Blum starred in my play Picked @vineyardtheatre, in a tricky role — a narcissistic filmmaker whose more human instincts collide with the desire to protect himself from emotional risk

Mark Blum was beloved by actors, writers, theater folk, tv and movie people. As a New York stalwart, he of course appeared on L&O, SVU, and Crim Intent. I was lucky to work with him several times, and luckier to know him. Sending love to all who mourn his loss. https://t.co/AbigByIye5

One of my favorite acting professors from undergrad, Mark Blum, died from COVID today. He was a lovely man and a fantastic teacher. I was deep in a depressive episode when I was studying with him and he made me feel seen and understood. Fuck guys, this is awful.

The great theatre actor Mark Blum has passed away from coronavirus. I loved so many of his performances over the years, especially in The Assembled Parties. He was known as one of the nicest guys in the business. My heart goes out to his friends, family, students & colleagues. ???? pic.twitter.com/sp7tbVjlTh

We are devastated to hear of the passing of Mark Blum. Mark was an extraordinary actor, and a great human being. He graced our stage with brilliant performances in plays by @VogelPaula, @chris_shinn & @thenycwriter. Our deepest condolences to Janet and to his family and friends. pic.twitter.com/4LOwDm3P9z

Sharon Waxman informed me of this very very hard news today I’m so deeply sad for his family and for his fans. he was a wonderful actor and a very good and kind man. May you Rest In Peace and power mark. God bless you. https://t.co/r0QUGEYwVK

Mark Blum, so generous, so kind, so humble,so talented. Our time together in the play The Assembled Parties at MTC was a true joy
May he rest in peace knowing that he transformed the lives of so many and was cherished by so many; me among them

I did a play with Mark Blum in ‘97 literally the day after wrapping the #DawsonsCreek pilot. He was SO good… and generous and kind and I learned so much from him about how to be a professional – lessons that got me through the insanity that was to come. Prayers for his family. https://t.co/7r7dLyvOeK