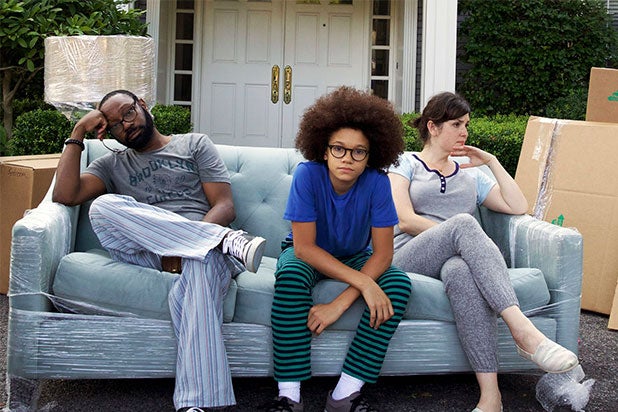 Gunpowder & Sky has picked up the rights to Rob Meyer’s “Little Boxes” starring Melanie Lynskey and Nelsan Ellis, the studio announced on Monday.

“Little Boxes” follows Clark (Jackson) who is the new biracial kid in a very white town. He discovers that to be cool, he needs to act “more black.” Meanwhile, his parents try to adjust to small-town living after having lived in New York.

The film premiered at the 2016 Tribeca Film Festival.

“‘Little Boxes’ is as heartwarming as it is timely,” said Gunpowder & Sky Distribution’s Jake Hanly. “Rob unpacked a very complex issue in a way any audience can understand and relate to.”

Director Meyer added, “It’s a thrill and an honor to team up with Gunpowder & Sky Distribution for the theatrical and VOD release. They distribute the kind of movies that I want to watch.”

The deal with Gunpowder & Sky Distribution — a fledgling studio founded last year — was negotiated by UTA on behalf of the filmmakers.