Increasingly, I have the feeling that I’m living in a parallel universe to some significant segment of the country.

At the moment, the discussion being led by Republican presidential candidate Ben Carson over gun control and the Holocaust is giving me that through-the-looking-glass kind of feeling.

Am I supposed to believe that a highly educated individual — a medical doctor — who gets airtime on national television, a podium at the Republican debates and political donations can link gun control to an epic human tragedy like the systematic murder of 6 million Jews?

This conversation is nothing more than an insult to the intelligence of anyone with the vaguest knowledge of the period’s history, much less that of the victims themselves.

Historians wouldn’t bother engaging in a conversation about this but the problem is - it’s on Fox News, and on Sunday once again on CBS’ “Face the Nation.”

“It’s not hyperbole at all,” Carson said on “Face the Nation,” as he defended his comments from last week in which he said: “the likelihood of Hitler being able to accomplish his goals would have been greatly diminished if the people had been armed… There’s a reason that these dictatorial people take the guns first.”

I’ve been to Auschwitz-Birkenau. I’ve been to Dachau. I’ve read most of the major history books about the Holocaust and heard the personal stories of many survivors, including that of my Romanian-born grandmother, Eva. She was rounded up with her family — parents, cousins, sisters and brothers — and sent to Auschwitz. A teenager, she and her cousins survived, but her sister — holding the hand of her younger brother — went straight to the gas chamber along with her parents, selected by none other than doctor Josef Mengele himself.

These were civilians plucked from civil society and told they were being transferred to a labor camp. They were systematically lied to so as to prevent rebellion. (Have you forgotten – “Work Makes Free” – emblazoned above the camp entrance?) 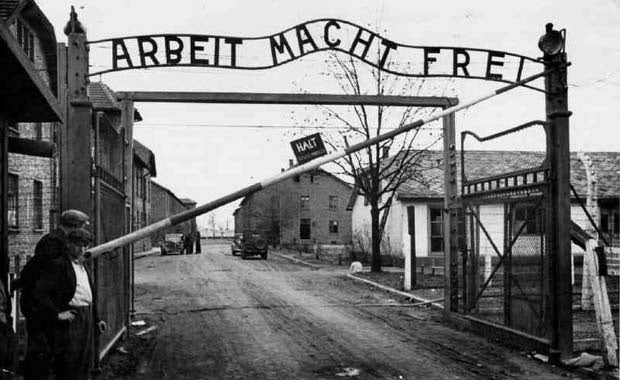 The mother of my close friend in Hollywood, Joseph Helfgot, now deceased, opened the door of her apartment in Germany on the night that jack-booted German soldiers pounded on her door. She was greeted with the butt of a rifle to her head. When she came to, her two young children had been taken, never to be seen again.

Was this young mother expected to shoot the soldier at her door?

She survived the war, Joseph was born in a displaced persons camp and they came to the United States. But his mother never healed from the loss of her children.

My friend Gail Becker’s father, Martin Becker, survived four years as a Sonderkommando in Auschwitz, tasked with removing gold from the teeth of corpses. He was a teenager. Was he supposed to find a gun and randomly shoot at a camp guard in the face of certain death? (By the way, the Sonderkommando did in fact organize a rebellion against their overseers, as is depicted in the brilliant new Hungarian film “Son of Saul,” which won the Grand Prize in Cannes. Becker, seen below, died at a ripe old age earlier this year. Take that, Hitler.) 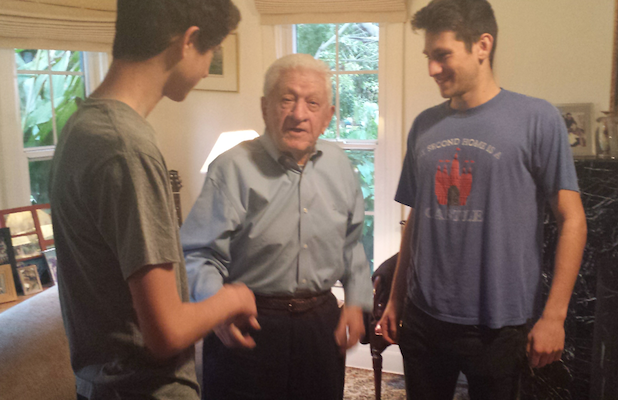 These are just a few personal stories. But anyone familiar with the reality of life in Europe at that time knows these pseudo-arguments are ahistorical, absurd, and the reason frustrated individuals like Seth Rogen, or director Serge Bronstein bubble up with: “F— Ben Carson,” as a response.

As one of the few million Jews left in the world: FUCK YOU, BEN CARSON! Dare you to say same re: African slavery. 😡 http://t.co/kcresLB9m4

Or better yet – get out of the race for our highest office until you get tethered to a fact-based perspective on world history.