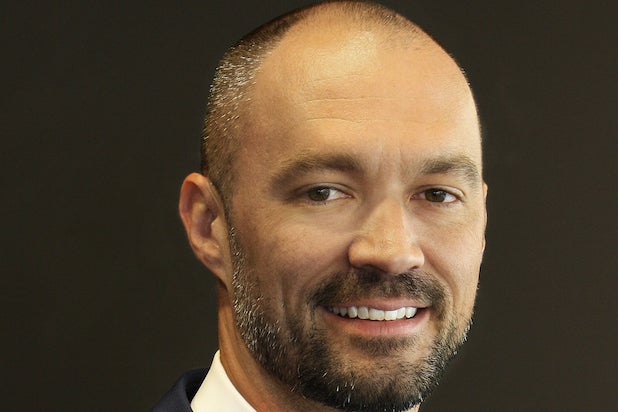 MGM has appointed Andrew Walter to the newly created position of executive VP of corporate development, it was announced Wednesday by Gary Barber, MGM’s chairman and CEO.

In this new post, Walter will report to Barber, working closely with him on corporate and business development, acquisitions, investments and strategic transactions.

“Andrew is a consummate professional with unique experience developing and solidifying corporate transactions and building precisely the types of deals and partnerships we are looking for at MGM,” said Barber. “I have enjoyed doing business with him in the past and know that he will be a valuable asset to our team.”

“I am excited to be joining Gary and his dynamic management team at a key moment in the Company’s history,” said Walter. “My experience advising clients and investing capital in the industry broadly as well as working specifically with MGM as an advisor has prepared me to take on this role and work to build upon the Company’s strong financial position.”

Walter most recently served as managing director for Evolution Media Capital, an independent merchant bank affiliated with CAA, where he was responsible for origination and execution of advisory work for EMC’s clients as well as identifying and closing investment opportunities for EMC’s growth equity fund Evolution Media Partners. Prior to joining EMC in 2013, he spent 14 years at global investment banking firm Houlihan Lokey, providing financial restructuring, M&A, financing and valuation advisory services for clients in media and entertainment industries.

During his career, Walter has worked on transactions involving countless notable companies in addition to MGM, such as Blockbuster, Deluxe, Comcast, Endemol, The Mark Gordon Company, Marvel Studios, Panavision, Paramount Pictures, Revolution Studios, The Walt Disney Company, and Warner Bros., among many others.

MGM has several films awaiting release including: “Hot Pursuit” starring Reese Witherspoon and Sofia Vergara on May 8 (with New Line); “Poltergeist” starring Sam Rockwell and Rosemary DeWitt on May 22 (with Fox); family adventure “Max” on June 26 (with Warner Bros.); the next installment of the Bond franchise, “Spectre,” on Nov. 6 (with EON and Columbia Pictures); and Rocky spin-off “Creed” on Nov. 25 (with Warner Bros.). In addition, MGM is currently in production on several films including “Ben-Hur” with Paramount and “Me Before You” with New Line/Warner Bros. The company will soon begin shooting “The Magnificent Seven” with Columbia Pictures and “Barbershop 3” with New Line/Warner Bros.

MGM formed United Artists Media Group in 2014 in partnership with Mark Burnett, Roma Downey and Hearst. The division anticipates that 13 television shows it has produced will be on the air this year in addition to MGM’s TV programs “Teen Wolf” (season 5 premiering on June 29) and upcoming new seasons of  “Vikings,” “Fargo” and “Paternity Court.”