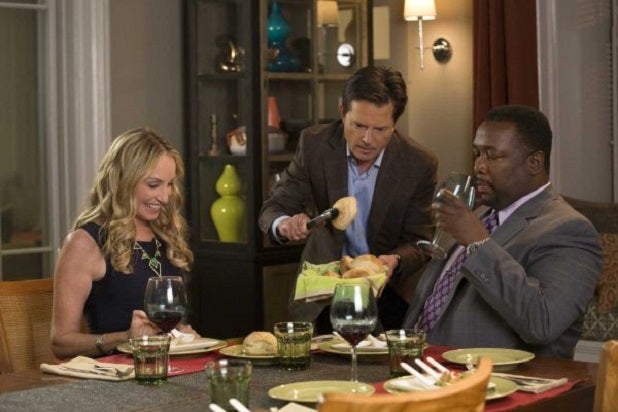 Michael J. Fox‘s return to the small screen is over. At least for now.

NBC has pulled “The Michael J. Fox Show” from its Thursday night schedule. “Hollywood Game Night” will air in place of the series, which also starred “Breaking Bad” alum Betsy Brandt, in the network’s Thursday-night slate.

Production on all 22 episodes of the season has wrapped, with 15 episodes already airing. The remaining episodes will air at some point in the future.

Also read: TCA: Michael J. Fox – ‘We All Get Our Own Parkinson’s’

The series, which starred “Family Ties” alum Fox as New York news anchor Mike Henry, got off to a rough ratings start with its September premiere, earning a 2.1 rating/6 share in the advertiser-coveted 18-49 demographic — making it the lowest-rated Thursday fall comedy series premiere in the network’s history. The premiere earned 7.3 million total viewers.