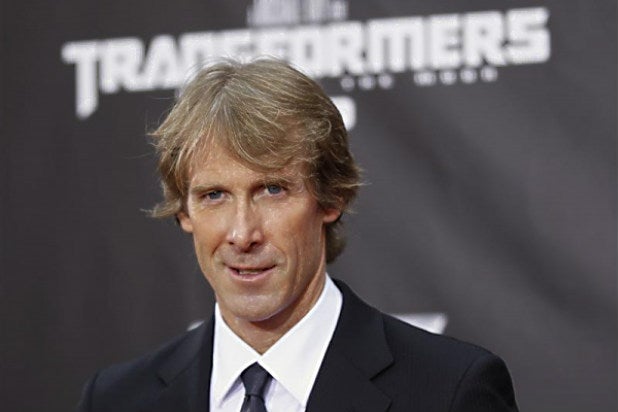 Fans can see Michael Bay’s directorial skills in the upcoming movie “Transformers: The Last Knight,” but that’s about as close as he will ever get to directing a superhero film.

“I don’t ever wanna take someone like a third of something or second of something. I gotta do my own thing,” Bay told Collider on the set of the upcoming “Transformers” movie. “‘Cause the most fun is when a real director creates the world. You know, you talk to Ridley Scott, one our favorite things to do is to create the world. Steven Spielberg, create the world. That is what it’s about.”

However, he added, “If I were to do something, I would have to redo it my way.”

Don’t get Bay wrong — he’s a big fan of Marvel movies. He just doesn’t want to be a part of an existing franchise. After all, Bay has his own universe, comprised of four “Transformers” films.

“I really liked ‘Civil War.’ I like a lot of the Marvel movies,” he said. “When I saw ‘Iron Man,’ it broke a lot of new ground for me, and it was a great character. Funny, witty, I liked that about it.”

Bay’s recent credits include producing “Teenage Mutant Ninja Turtles,” “The Purge: Election Year” and “Ouija: Origin of Evil.” He last directed “13 Hours.” His next projects include the fourth “Purge” film, as well as “Friday the 13th” and more “Transformers” sequels.