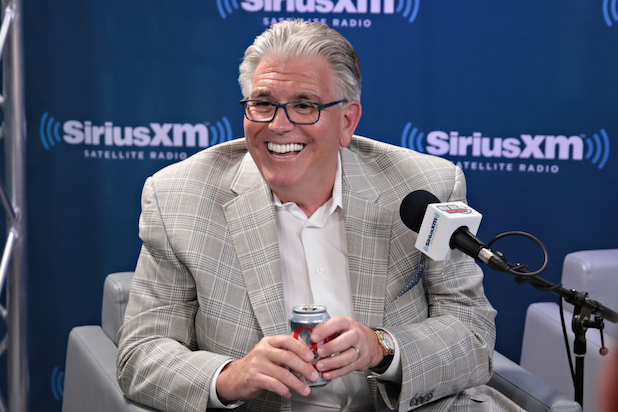 Mike Francesa’s return to the WFAN airwaves appears to be short-lived.

The popular New York City sports radio host told Newsday he plans to step away from his weekday afternoon show in December. He will still be involved with WFAN after his show ends, though.

“Mike Francesa will continue to be part of WFAN, and will soon also have an expanded role on Radio.com,” said Susan Larkin, regional president of WFAN owner Entercom. “While we are still finalizing details, this is an exciting move to bring more of Mike’s iconic sports talk content to fans across broadcast and digital in new, engaging ways wherever and however loyal sports fans want it.  Stay tuned as we will be sharing more details in the weeks to come.”

Francesa returned to WFAN last April, reclaiming the 3-6 p.m. ET afternoon time slot that he held for so many years prior to his even shorter-lived “retirement.”

Francesa had been at WFAN since 1987, before leaving in December 2017. He made occasional appearances in his absence from radio, most notably on the Bill Simmons Podcast several times. Francesa had said he wanted to “build” something after his initial run at WFAN, but those plans appear to have fallen through. After going years without an agent, Francesa’s new deal with WFAN was negotiated with the assistance of CAA Sports.

Francesa was known for being one half of the popular “Mike & The Mad Dog” radio show alongside Chris “Mad Dog” Russo, but the pair had an acrimonious split. Russo left for his own radio show with SiriusXM. The two reconciled in recent years and ESPN films even made a documentary about the duo in 2017.