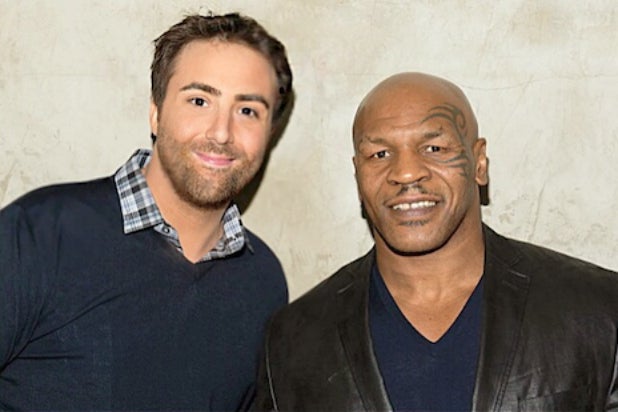 Amplify and Starz Digital Media have jointly acquired North American rights to director Bert Marcus’ documentary “Champs,” which premiered earlier this year at the Tribeca Film Festival and is slated for a day-and-date theatrical and VOD release in 2015.

“Champs” takes a unique look into the remarkable lives and careers of three of the world’s most legendary boxers — Mike Tyson, Evander Holyfield and Bernard Hopkins.

From inner-city housing projects to some of the biggest arenas in the world, “Champs” charts how boxing’s heaviest hitters fought their way out of poverty, became global superstars and navigated their own journeys of self discovery.

Marcus weaves the personal histories of these fighters with gripping footage from their biggest bouts, all the while exploring prevalent social topics linked to these men’s early years, the sport of boxing and life after they leave the ring. As the film’s narrative unfolds, it becomes the ultimate allegory for the American dream in a society increasingly divided between rich and poor.

“What Bert has created completely transcends the traditional sports documentary,” said Amplify’s Logan Mulvey of the announcement. “It not only gets under the hood of these iconic fighters, but also of the sport they’ve essentially defined, and in doing so the film becomes about something much more profound.”

“There is so much to love about this illuminating and hugely entertaining film,” added Kevin Kasha, head of acquisitions for Starz. “We look forward to partnering with Bert and his team to share ‘Champs’ with audiences in the U.S. and Canada.”

“We could not be more thrilled that Amplify and Starz Digital have come together to form such a dynamic and innovative partnership,” said Marcus. “We are confident that this joint venture is the perfect fit for ‘Champs.’ The growing momentum and groundbreaking paths being forged by Amplify and Starz Digital in the documentary space will undoubtedly foster the most productive environment for the distribution of ‘Champs.'”

The deal was negotiated by Cinetic Media and Larry Kopeikin on behalf of the filmmakers.