Adam Krell, a 25-year-old account executive at BH Public Relations, had never seen the film before. We got him to sit down for a screening with our 25-year-old intern here at TheWrap, Rasha Ali — who only viewed “E.T.” once before, when she was seven years old.

What ensues is a candid, mostly lowercase, Google chat that makes it painfully — and hilariously — clear that there is indeed a generation gap between those who viewed the Oscar-winning film in theaters when it first came out in 1982 and those who weren’t yet born when “E.T.” was released.

[opening credits]
Adam Krell: oh my god. I didn’t know drew barrymore was in this?!
Rasha Ali: Wait, she is?

[opening scene]
RA: that spaceship looks like a theme park ride.
AK: and the inside of it looks like a 3rd grader’s science project!
RA: lol!
AK: all things aside – the music is amazing 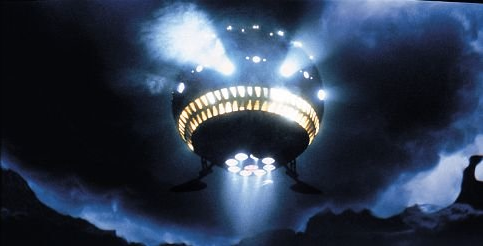 [E.T. flees from strange men]
AK: and what are these screams/sounds? it’s similar to that of an exhausted pug.
RA: Awww that’s so sad they just left him. #noETleftbehind
AK: that was the fakest space ship lift off ever. that was “good” for when this was release? yikes.

[the kitchen scene]
… look at those old cans of fresca and coke! #vintage
AND TAB!
RA: Lol and he’s talking on a phone with a cord. What is this, the 40s?
Oh, they had dishwashers back then

…I’m surprised I wasn’t scared of this movie as a kid..
AK: i definitely was. that’s why i didn’t watch it! but ET is kinda cute… but his long fingers are still creepy
…i really hate ET’s sounds. they are creepy hahaha
RA: ohmygosh why does he look so robotic?
AK: like that fake shark at the jaws ride at universal…
RA: Why isn’t this kid in school? Just riding his bike around as he pleases.
AK: single mom? how progressive!
RA: wait did he just call him penis breath?
AK: loved that line. 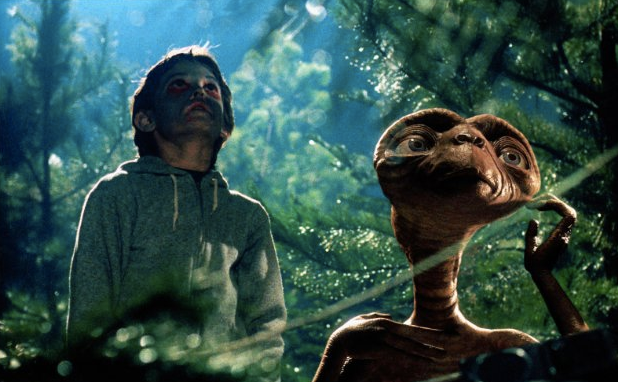 [Elliot’s mom turns away at the mention of ex husband]
…low blow, kid. don’t ever bring up sally.
RA: #shade

[Elliot brings E.T. to the house.]
AK: his fingers are seriously SOOOO creepy.
RA: He’s a naked mole rat.
AK: definitely an ugly naked mole rat.
RA: Why would he give him chocolate?
What if chocolate is deadly to ET?!
AK: what is this kid wearing though….long johns?
RA: Wait, ET has blue eyes?

…This is so weird, why would the kid just fall asleep with an alien in the room?

…I think that’s where I learned the thermometer under the lamp trick.
Except I like never used it.

…That’s such an ugly audi.

AK: so glad i don’t live in a time period where those were driven…
this mom’s outfit is so old lady-like
RA: It’s “vintage”
AK: this little kid seriously has the dream bedroom and dream closet
RA: for real1… Privileged.

…Wait is the girl Drew Barrymore?!
AK: oh yikes. i had no idea.

…did they use more than one ET? some look so much more fake than others in the different shots.
RA: Ohmygosh I was thinking the same thing! Homeboy looks different in every scene.

AK: i literally cannot get over the hands. they are slimy and gross
RA: but he’s so cute!
he’s like a little grandpa
oh i remember this! he makes things alive again

[Elliot combats bullies at the bus stop.]
AK: “zero charisma” – so mature of him to say! i definitely did not know what charisma was when i was elliot’s age

…i love the vintage coors light cans he’s drinking
RA: YAAAAASSSS ET getting turnt!
AK: elliot does a great job at acting drunk
RA: omygosh they’re both drunk!! I think I get this movie a lot more now

…ET walks like a penguin
it’s so cute
AK: i’m sorry. he’s really creepy
the hands. the voice. his size. his extending neck.

…elliot’s older brother needs an orthodontist. badly.
RA: they can’t afford braces cause daddy’s out frolicking with sally in mexico

[referencing E.T.]
…how can you not love that adorable face?!
AK: he’s old and wrinkly and creepy. and his finger do weird things

…a terrorist as a halloween costume?! oh my gosh. that’s so bad
RA: Hmmm I wonder what “terroirst” was back then.
AK: a polaroid. classic
i kinda love the mom’s halloween costume
she’s hot
RA: she is! i wonder why he left her for sally

…oh the flying bike!
AK: i seriously had NO idea ET was this magical. 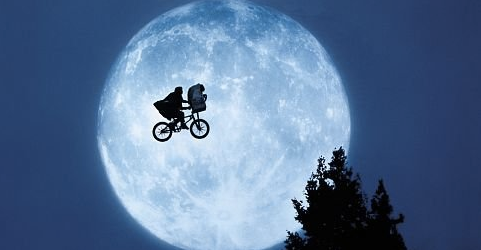 RA: Oh, so ET is like an engineer
AK: probably a lot smarter than our current engineers as he makes this DIY radar machine in the middle of a forrest

RA: Elliot and ET literally became like best friends in less than 24 hours
#friendshipgoals
AK: and elliot has his brother and sister in on it? serious #squadgoals
ET….the original Taylor Swift
RA: hahahaha!!!

…who is this random person in a spacesuit?
AK: we are on earth. no need for the astronaut suits

RA: WHAT IS GOING ON?!
look at him he’s just so helpless

AK: pardon my language but f— these men. seriously, no sense of emotion whatsoever
they’d probably vote for trump 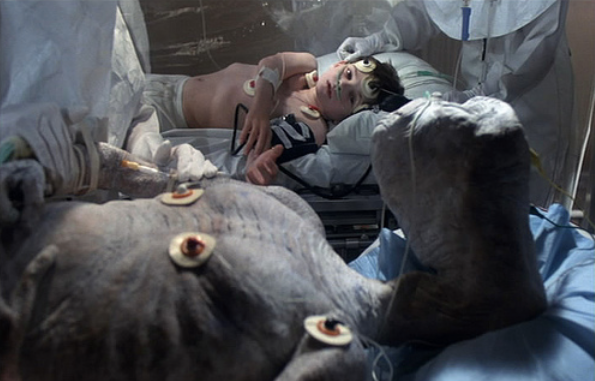 [Inside a medical tent as scientists and doctors monitor Elliot and E.T.]

… the computers are the size of an entire house haha
RA: This boy has so much love for the alien he met like 2 minutes ago
AK: aww even mike (elliot’s brother) loves him!
as he sits in ET’s little bedroom
RA: the flowers are dying! ET is dying!!!
i did not sign up for this!!!
ET IS DEAD!!!!!!
AK: this is a load of horse sh–
he can’t be dead
RA: WHY ARE THEY SHOWING DEAD ET?!
AK: why are they letting the kids in there?!
RA: Drew Barrymore is scarred for life

…the flowers are alive again!!!!

RA: Somebody get this alien a phone

AK: these boys’ outfits as they get on their bikes to go with michael and elliot….i kinda want that fashion to come back

…the flying scene – so many chills

RA: ET’s people came back for him!
AK: …the moment the space ship landed – so bad.
RA: ohmygosh those effects… no.

[E.T. bids his earthling family farewell]
…Awwwww he told her to “be good.”
So many feels
AK: ALL OF THE FEELS
RA: ET is leaving 🙁
AK: poor thing! poor elliot
RA: Poor me!! This is too emotional.