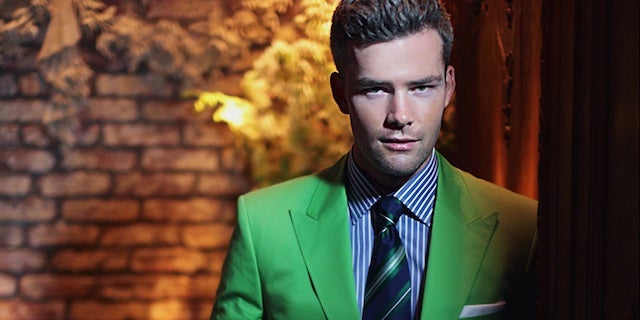 "Business has doubled, if not, really tripled," Serhant told TheWrap.

Since Season 1, he has gone from a lone realtor with one assistant to opening his own office with two assistants and a team of 12 people.

"I've taken as much momentum as I could from the first season, as well as this real estate market that we have now which is on fire," Serhant, who recently signed across the board with agency, IMG Worldwide, said. "And I just tried to ramp up as much as I can. Like I always said, expansion, baby, always in all ways."

There are other aspects of the show that are different. The most obvious change, of course, being its new realtor, Luis D. Ortiz. Serhant says that they share the same territory: Downtown New York, the Financial District, Battery Park and Tribeca.

"He's good. He's energetic. He's like a little pitbull," Serhant said of his new cast mate. "He's always laughing. I think he has a good time 24/7. He's one of those people who wake up laughing, he goes to bed laughing. He could just be drunk all the time, I don’t know, but he seems like he’s having a good time."

Some things don't change. "It's like an all out war," he said. "We're all immediately interacting and fighting with each other and it’s nuts."

Serhant says that his relationship with returning realtor Fredrik Eklund is still as combative as ever, though he holds him in high regard.

"He's been doing this a lot longer than I have," he said. "He's amassed twice the business and he’s back and forth between Sweden and New York there and he’s building an office in London, as well. He’s all over the place."

Fans can also expect a little extra from Serhant at the beginning of Wednesday's premiere.

Watch a preview below.