Though it might seem like just any other puppet you’d find at the Laika stop-motion animation studio, its hardest challenge yet was creating the furry, plump and bright orange monster that became the title character of their latest film “Missing Link.”

The team of stop motion animators had to determine how to make Link’s belly jiggle as it walked, how to stretch its arms, and how its fur should move in the wind. And like any troublesome actor, that often meant this diva of a puppet frequently showed up late to set.

“This little avocado with a face is the most complicated thing we’ve ever created at the studio,” Brian McLean, Laika’s director of rapid prototyping told TheWrap’s Steve Pond following a screening of “Missing Link” at the Landmark Theatres in Los Angeles. “His simple shape and silhouette was really difficult to figure out how we were going to get him to perform, squash and stretch, have the subtlety of the facial animation that he has. We’re really proud of what we were able to do, but it took a long time. Sorry it was late.”

The creative team behind “Missing Link” were joined on the panel discussion Friday night by the film’s writer-director Chris Butler, and its producer and Laika’s head of production Arianne Sutner. They all reiterated the difficulty of this puppet, even compared to the scope and ambition of the studio’s other films like “Coraline,” “Paranorman” or “Kubo and the Two Strings.” 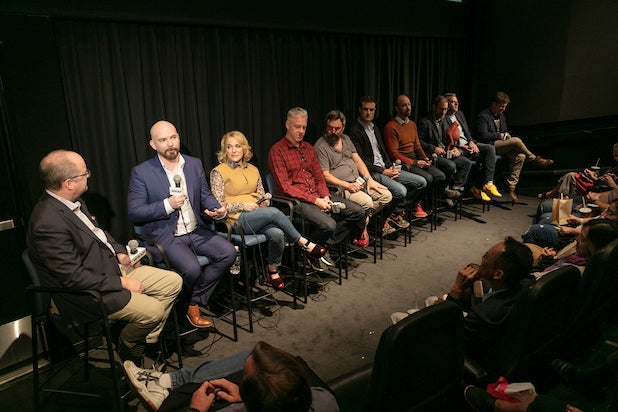 Brad Schiff, the animation supervisor on the film, carried with him on stage one of the puppets of Link used in shooting. Puppet fabrication supervisor John Craney then explained how knobs on the puppet’s back could make its belly rise or its diaphragm subtly expand and contract. And as Schiff showed off the puppet at the Inside Laika and the Making of ‘Missing Link’ pop-up exhibit following the screening, he explained that these knobs would be turned no more than a fraction of an inch per frame of the film.

There was also the challenge of making Link’s silicone fur bounce and move in the wind while facing the virtual elements. The puppet was coated in an “invisible UV paint,” VFX supervisor Steve Emerson explained, that when filmed in an appropriate UV light, would make its fur light up so that it “looks like you’re at Burning Man.” They would then capture that image and digitally manipulate it to simulate the motion effects.

Lastly, the team had to anticipate the subtleties of Link’s body movements so they could match that in the character’s facial performance. McLean, who manages the 3-D printing technology at Laika, and Benoit Dubuc, the film’s facial animator, said upwards of 106,000 faces were printed for this movie alone, a number the studio has never reached before on a previous film.

“Missing Link” is the story of a world class explorer and researcher (Hugh Jackman) who comes in contact with a Sasquatch named Link (Zach Galifianakis) and travels with him to the lost city of Shangri-La to see if he has any ancestors left in the world. Butler said he was inspired equally by both Indiana Jones and Sherlock Holmes in making his monster movie.

“I want you to think about this if David Lean made ‘Around the World in 80 Days’ starring Laurel and Hardy. That was kind of the angle,” Butler said. 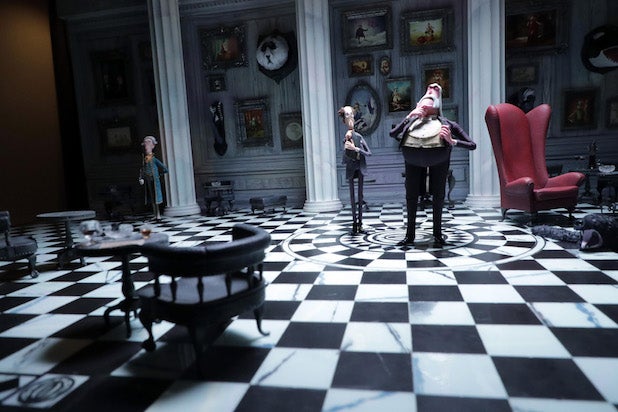 What that required was a lot of globe hopping, with production designer Nelson Lowry designing elaborate, period era sets and playgrounds, despite never getting to stay and play around in that part of the world for very long. And Oliver Jones, the director of practical effects, committed to accomplishing all these shots within the worlds that Lowry and others had built. It meant inventing special rigs so that the camera could sweep across a landscape, as in a lengthy shot of the characters riding atop an elephant through the Indian jungle.

“Our hope is to be able to exceed what’s in the director’s vision,” Sutner said. “I like when it’s working, when you’re collaborating. When they’re working together, we have really unusual departments that work together. It’s unorthodox. You wouldn’t want to do it at home, and something magical comes out of it.”

Laika inserted subtle details all throughout the film, ones you don’t even consciously notice as you’re watching but that contribute to your immersion in the story. Butler explained it’s not about showing off, but about making you believe in the characters and forgetting that you’re watching puppets at work.

For instance, Jones wanted to know what Link’s fur might look like in light, medium or heavy winds. And he explained that they meticulously tested their shooting process on small swatches of Link’s fur to give Butler all the options he could ask for. They even precisely calculated how ice should crack on screen, with the same crack patterns and visual motifs appearing all throughout the film.

“Immediately when I’m talking to these guys at the start of a production, I kind of have an idea of where I want to go,” Butler said. “The great thing for me is that movie in my head is something I’m always reaching for. And on this movie, we surpassed it. Every idea that was in my head that I was trying to achieve, they did better. And that’s really what you want.”

For the record: A previous version of this story misidentified Brad Schiff as Benoit Dubuc and misspelled Brian McLean’s name. We regret the errors.