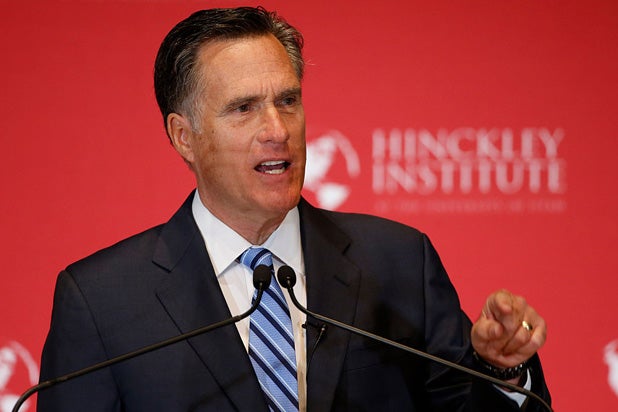 Mitt Romney blasted President Trump’s response to the tragic events that occurred in Charlottesville in a Facebook post, asking the president to apologize for the “unraveling of our national fabric.”

“I will dispense for now from discussion of the moral character of the president’s Charlottesville statements. Whether he intended to or not, what he communicated caused racists to rejoice, minorities to weep, and the vast heart of America to mourn. His apologists strain to explain that he didn’t mean what we heard. But what we heard is now the reality, and unless it is addressed by the president as such, with unprecedented candor and strength, there may commence an unraveling of our national fabric,” Romney wrote.

The former governor of Massachusetts and Republican presidential candidate continued: “The leaders of our branches of military service have spoken immediately and forcefully, repudiating the implications of the president’s words. Why? In part because the morale and commitment of our forces–made up and sustained by men and women of all races–could be in the balance. Our allies around the world are stunned and our enemies celebrate; America’s ability to help secure a peaceful and prosperous world is diminished. And who would want to come to the aid of a country they perceive as racist if ever the need were to arise, as it did after 9/11?”

Romney said Trump “should address the American people, acknowledge that he was wrong, apologize.”

Trump caused outrage last weekend when he said “both sides” were to blame for violence at a white supremacist rally in Charlottesville, Virginia. He eventually condemned the white supremacists, KKK and neo-Nazis, but backpedaled 24 hours later.

Trump then sent a surge of viewers into dismay during a Tuesday press conference when he repeated that “both sides” were responsible, while also claiming there were some “very fine people” attending the white nationalist rally.

Trump has been widely criticized by media members on both sides of the political aisle since his wild press conference and Fox News host Shepard Smith said on Wednesday that he couldn’t find a single Republican to support Trump’s comments on air.

Romney’s message concluded: “This is a defining moment for President Trump. But much more than that, it is a moment that will define America in the hearts of our children. They are watching, our soldiers are watching, the world is watching. Mr. President, act now for the good of the country.”