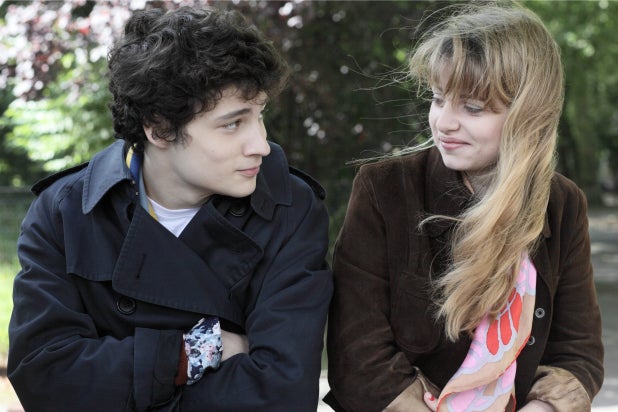 At the beginning of director Arnaud Desplechin’s 1996 international breakthrough “My Sex Life… or How I Got into an Argument,” a narrator tells us that Paul, played by a young Mathieu Amalric, and Esther, a young Emmanuelle Devos, have “been together for 10 years, and for 10 years, they have not been getting along.” Knowing about the messy dissolution of their relationship, and about everything else that happens in the film, informs the experience of Desplechin’s new prequel, the award-winning “My Golden Days.”

Still, you don’t need to see “My Sex Life” to enjoy “My Golden Days,” which is wonderful by merit for several reasons, including young stars Quentin Dolmaire as Paul Dédalus and Lou Roy-Lecollinet as Esther. They are a decade younger than Amalric and Devos were when they starred in the first film, and both are at the beginning of their own very promising careers. If their work over the next 30 years follows paths as interesting Amalric’s and Devos’s, it will be a great boost to French films.

“My Golden Days” begins with a middle-aged Paul, again played by Amalric, forced into reflection through a fairly contrived narrative device: an airport immigration interview related to a discrepancy with his passport. It seems that there is another Paul Dédalus, exactly his age and from his home town, roaming around the world, with his passport. Paul knows why there is a second Dédalus, but this is a tale that will take a bit of framing (French dramas always do), so we settle in with Paul and his interrogators for a story during which we experience a series of flashbacks to a period before the events of “My Sex Life.”

While all these cinematic machinations are clever, they are not the point of this movie. “My Golden Days” is about regret and yearning for a time and a self that have past, never to return. It’s about trying to reconcile the decisions of yesteryear with the holes in our lives today. Paul has his own holes, some left by his mother; broadly referenced in “My Sex Life,” those issues are revealed in detail here. And there’s the hole left by Esther, who broke up with him 20 years ago, in that other movie. But now we understand that breakup better, at least from Paul’s point of view, by watching this movie. 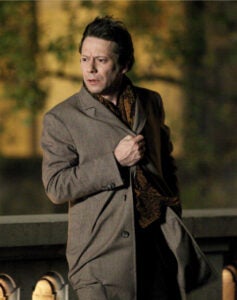 “My Golden Days” is lovely and thoughtful, yet it has elements of a thriller, too. Before meeting Esther, young Paul takes a school trip to Soviet Russia in the early 1980s, when Russian Jewish Refuseniks were at issue. The young Paul is asked to take on a daring task that involves helping a young Jewish man get out of the Soviet Union. This sequence has all the tension of a John le Carré adaptation, and it explains that other Paul Dédalus hopping the globe. (Framing is everything in French films.)

We also spend a bit of time with the very young Paul (Antoine Bui), his sister Delphine (Ivy Dodds) and his younger brother Ivan (Timon Michel). Paul must protect his siblings from their insane mother, and often has to threaten her with a knife to keep her from hurting them. Overwhelmed, he goes to live with his elderly lesbian aunt and her lover, where he begins to understand the greater world. But, for the most part, we are with the adolescent Paul after he meets Esther, beginning the decade-long relationship we already know will end, with regrets that the older Paul expresses during his interrogation.

Even though “My Sex Life” does inform “My Golden Days,” the new film isn’t really a prequel. In interviews, Desplechin has said that he did not ask his young actors, both making their film debuts, to see the original film, and as far as he knows they never have. In any case, “My Golden Days” is classic post-French New Wave filmmaking from one of the best of the era, alongside Benoit Jacquot and Catherine Breillat, among others.

One of the director’s crowning touches is his mix of a dramatic score from Grégoire Hetzel and Mike Kourtzer (along with a touch of Stravinsky) with contemporary pop music from the era, including everything from Ska and De La Soul to the Specials. Those musical choices, blended with the ever-so-slightly overly dramatic performances from its wonderful young actors, makes “My Golden Days” incredibly French. Which is great if, like me, you’re a vive-le-Nouvelle-Vague kind of film fan.