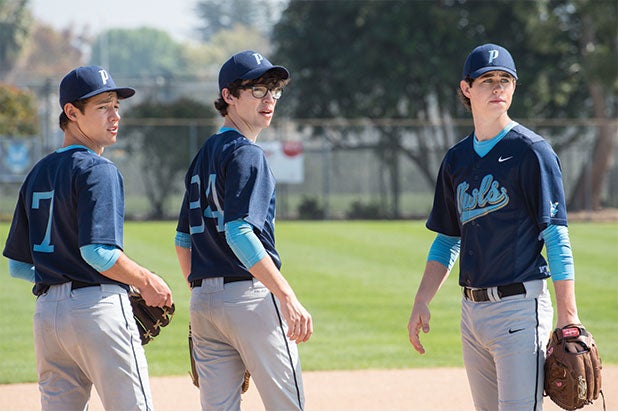 “The Outfield,” starring Nash Grier, Cameron Dallas and Joey Bragg, will be available exclusively on iTunes on Nov. 10, Fullscreen announced on Friday.

The film follows Peoria High baseball stars and best friends Jack (Grier), Franke (Dallas) and Austin (Bragg) who have their futures fully planned out. Jack is playing baseball for State, Frankie will take over his father’s business, and Austin is taking over his family’s batting cage. However, during senior year, a teacher sees Jack’s gift for art, derailing everything.

Grier is a Vine Star with 12 million followers, over four million on YouTube and close to five million on Twitter. He has more Vine followers than Justin Bieber, Miley Cyrus and Ellen DeGeneres.

Dallas, who starred in 2014’s “Expelled,” has received several Teen Choice Awards and has six million followers on Vine and five million on Twitter.

Bragg is a stand-up comedian and actor best known for his role on the Disney show “Liv and Maddie.”