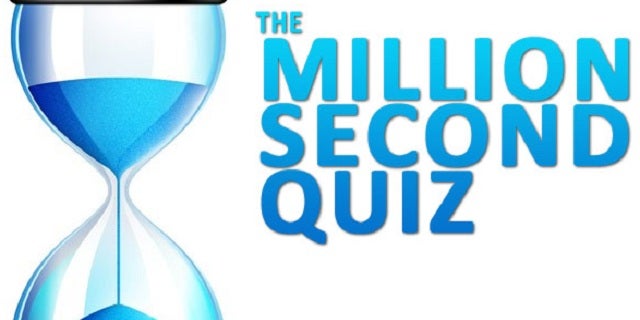 There are a lot more than a million seconds until NBC launches its groundbreaking new game show "The Million Second Quiz," but at least we have a premiere date now.

The new series, which pits contestants against each other in trivia bouts for 12 days, will premiere Monday, Sept. 9 at 8 pm., continuing through Sept. 14. It will then resume on Sept. 16 and air nightly at 8 p.m. until the Sept. 19 finale.

While the primetime edition of "The Million Second Quiz" will run in hour-long installments (with the exception of the two-hour finale), the game is an all-day, all-night affair. The series will air live from an hourglass structure in Manhattan, which will serve as the living quarters for the four players who have remained in the game the longest.

Those four players — dubbed the "reigning champions" — must play continuously 24 hours a day to avoid being unseated in the primetime show.

The series, which is being billed as "the first fully convergent television experience," is being produced by All3 Media America, Studio Lambert and Universal Television, with Stephen Lambert, Eli Holzman and David Hurwitz executive producing.