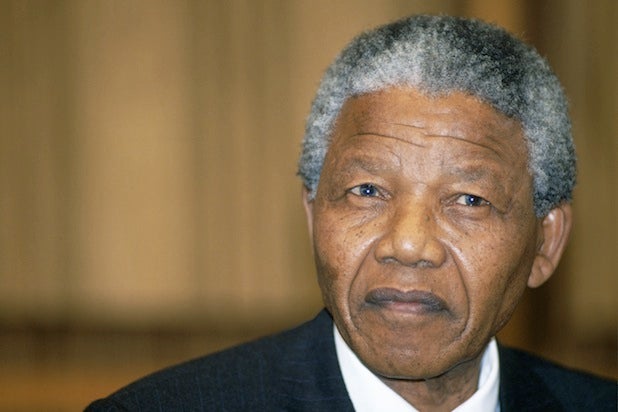 Nelson Mandela, the former President of South Africa who spent 27 years in prison in his successful stand against Apartheid — a plight that won him the Nobel Peace Prize and global acclaim as a leading human rights figure — died Thursday. He was 95.

Mandela was hospitalized four times in the past year, mostly due to a pulmonary condition he’d been suffering from for years. The South African government announced in June that Mandela’s health had deteriorated and that he was in critical condition, though he eventually returned home, where he died just before 9 p.m. local time Thursday.

His last public appearance was at the closing of the World Cup in 2010, which was hosted by South Africa.

Mandela became South Africa’s first black president in 1994 when he was voted into office during the nation’s first multi-racial elections. His election came four years after being released from prison, where he served 27 years of a life sentence for sabotage and conspiracy to overthrow the government.

See photos: Nelson Mandela: 5 Great Interviews in the Life of a Legend (Video)

He served as the President of the African National Congress (ANC) from 1991 to 1997, and in 1993, shared the Nobel Peace Prize with President F.W. de Klerk for their peaceful efforts to end the Apartheid, a racial segregation that was implemented when the National Party came to power in 1948.

Mandela is widely regarded in South Africa as “the father of the nation,” is credited for reconciling race relations during his time in office and is regarded around the globe as one of the world’s greatest human rights leaders.

Mandela’s lifelong fight for human rights has inspired several Hollywood projects, including two in play for this year’s awards season.

Mandela was played by Morgan Freeman, who was nominated for a Best Actor Oscar, in the 2009 Hollywood movie “Invictus,” which was directed by Clint Eastwood. Based on the book “Playing the Enemy: Nelson Mandela and the Game that Made a Nation,” the film chronicled the nation’s black and white citizens coming together behind their rugby team.

Two more Mandela films have come to theaters recently: The Weinstein Co.’s “Mandela: Long Walk to Freedom,” starring Idris Elba and Naomie Harris, which has made $97,603 in four theaters since it opened last Friday; and “Winnie Mandela,” starring Terrence Howard and Jennifer Hudson, which made $80,000 in limited release beginning in September.