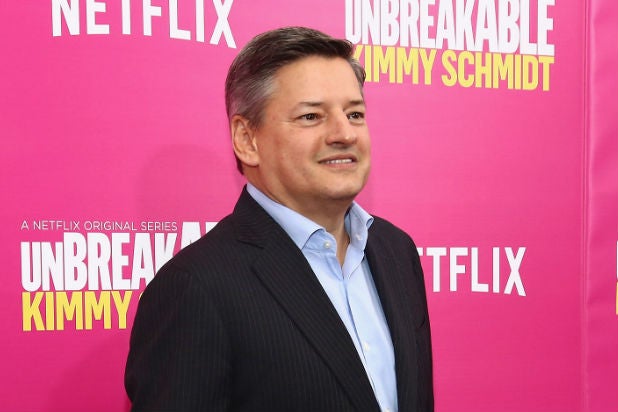 Hollywood giant Netflix, which has a $155 billion market cap, will “rethink” its “entire investment in Georgia” should an anti-abortion law take effect, Chief Content Officer Ted Sarandos said in a statement obtained by TheWrap.

“We have many women working on productions in Georgia, whose rights, along with millions of others, will be severely restricted by this law,” Sarandos said. “It’s why we will work with the ACLU and others to fight it in court. Given the legislation has not yet been implemented, we’ll continue to film there — while also supporting partners and artists who choose not to. Should it ever come into effect, we’d rethink our entire investment in Georgia.”

A spokesman for Netflix declined to provide TheWrap with a tally of productions or the amount of money it currently has invested in Georgia. Series “Ozark,” “Insatiable” and the movie “Holidate” are currently in production in the Peach State.

Georgia is not the only state where some legislators are lobbying for laws that could limit a woman’s reproductive rights — it’s just the one with the largest presence of Hollywood productions. Several producers have said they will no longer film in Georgia due to the political climate there.

Earlier this month, the state’s governor, Brian Kemp, signed a bill that aims to outlaw abortion after the detection of a fetal heartbeat.

Georgia is an (otherwise) attractive alternative to Hollywood due to the state’s liberal tax incentives for TV and film productions. Turner is headquartered in Atlanta.

The Sarandos statement was first published in Variety.