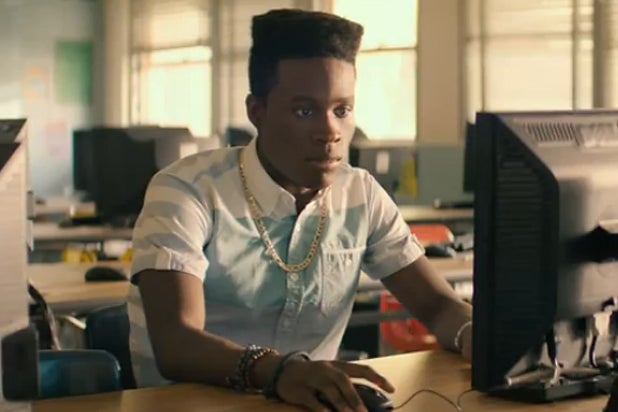 The latest trailer for the Sundance breakout hit, “Dope,” reveals that the movie’s protagonist, Malcolm, writes his thesis about rapper Ice Cube in attempt to go to Harvard University.

All he wants to do is shatter cliches about his poor background and go to Harvard, but in order to get his dream girl, he gets talked into going to a drug dealer’s birthday party and ends up on the adventure of a lifetime.

While the trailer released on Thursday doesn’t reveal any new plot points, it does provide more psychedelic fonts, catchy music and more in-depth looks at the characters’ offbeat personalities.

Other cast members include Zoe Kravitz, Forest Whitaker and Blake Anderson. Open Road picked up the film at Sundance for $7 million.

The movie is set to be released June 19.

Watch the new trailer below.