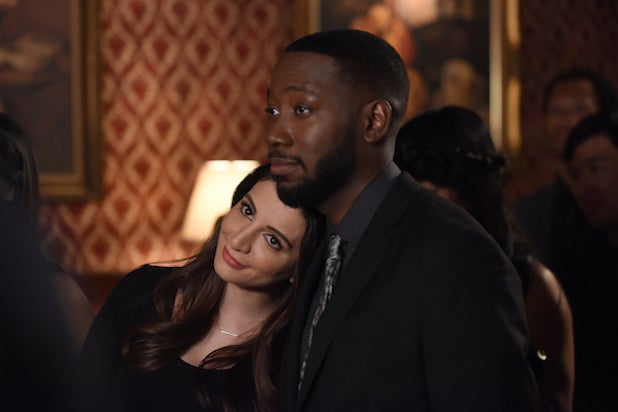 (Spoiler alert: Please do not read ahead unless you’ve seen Tuesday’s episode of “New Girl”)

OK, the only thing sadder than “Where the Road Goes” — the most recent installment of the final season of Liz Meriwether’s “New Girl” — is the fact that one writer on the Fox comedy has been planning that plot for years.

Seriously, showrunner Brett Baer told TheWrap in a recent interview that the man who penned the script for Tuesday’s episode, which centers around a one-year memorial service thrown by Jess (Zooey Deschanel) for Winston’s (Lamorne Morris) beloved cat Furguson, was lobbying to kill off the kitty for a long time.

“Well it was an easy decision to make, mostly because I think the author, Noah Garfinkel, had been pitching that idea for four years and finally, just to shut him up, we agreed to do it,” co-showrunner Brett Baer said, laughing. “Well he just keeps going like, ‘We gotta do that episode, right?’ And we’re like ‘Shut up. No.’ So finally we go, ‘Alright, give Noah one.”

“No, I think more importantly than all of that, we knew obviously that [Furguson] was a fan favorite and we loved working with him and really he made such a strong contribution to the show and to Winston’s storyline,” Baer added. “He was so important to Winston, we wanted to do an important episode for Furguson. And I think in a cool way, even in his absence, and this is all spoiler alert s—, but in his absence, I think it gave us an opportunity to really invest in the Furguson storyline with the magnitude that it had for the character and for us as writers.”

Baer said the somber episode — which is of course still hilarious, because it’s “New Girl” — also gave them the chance to showcase other fan favorites, who aren’t series regulars, in the show’s final year.

“Being able to bring in all those characters to drop by for the memorial service gave us the opportunity to get Damon [Wayans Jr, who plays Coach] back into the show and the LAPD-So-La-Te-Do singing group,” Baer said. “Those were all things we wanted to get back in. So this was a unique way to tell Furguson’s story and not even have him there.”

And if you’re hoping to see even more beloved guest stars drop by before the series wraps, you are in luck, cause Baer said that yet another reunion is still to come.

“It was something we’d been looking for in the course of the season to come up with an episode or two that would force us — not force us — that would allow us to bring in a multitude of characters that you had seen over the course of the show. So we have that episode. There’s, in episode seven, something similar, which I won’t get into because we didn’t send that one out yet. Another one of the character’s dies. I’ll just tell you that! [laughs]”