The 7,541-piece Millennium Falcon lego playset, one of the largest-ever playsets, comes loaded with a lot of extras. Including 10 mini Lego figures from both the original “Star Wars” trilogy and the new movies, like Han Solo, Chewbacca, Princess Leia, Rey, Finn, and those cute little Porgs we will see in “The Last Jedi.” And it can be yours for only $799 when it hits shelves on October 1st. 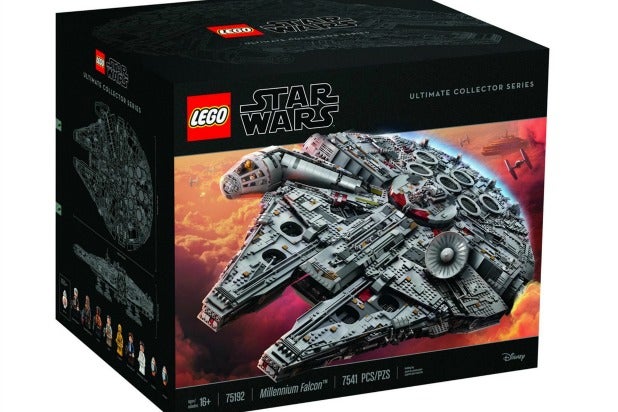 Lego unveiled the new model of the Falcon this week for Force Friday II, the official launch of merchandise for “Star Wars: The Last Jedi.” (Force Friday I happened Labor Day weekend in 2015.)

The set similar to the Millennium Falcon set released a decade ago that was quickly discontinued and has since become a highly sought-after collector’s item. But, says a member of the Lego design teamin a video from the company, it it “greatly enhanced” compared to the older version. You can watch the video above.