When Andy Cohen asked Nicole Kidman on his SiriusXM show “Andy Cohen Live” this week if there’s a project of hers she’d like to revisit, and the “Being the Ricardos” actress had just one in mind. 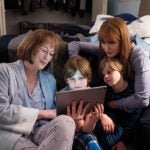 With fans wondering what happened to Madeline (Reese Witherspoon), Celeste (Kidman), Bonnie (Zoe Kravitz), Jane (Shailene Woodley) and Renata (Laura Dern), after the events of the Season 2 finale, Cohen asked if the actresses will reunite to film another season.

“I don’t know. I know that we would,” Kidman said. “We all are very, very good friends and the idea of working together again. I mean, literally Laura just texted me. And I was meant to see Reese and Laura last night, but … I was working.”

Kidman said part of the reason she would want to get back to the Monterey 5 is because of the experience of working with her fellow leading ladies. 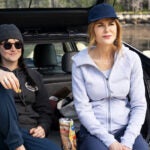 She continued: “But yeah, the idea of being together and, you know, [you get to a] point in your life where you go, ‘Gosh, it’s just – it’s nice to be around the people I like being around and working with the people I like working around,’ let alone on a hit show like that. So, you know, but that is not, it’s not on the cards, but yeah, we would like to do it.”

So, not right now, but not never.

Watch Cohen’s interview with Kidman above. 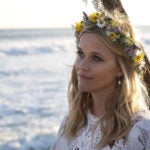