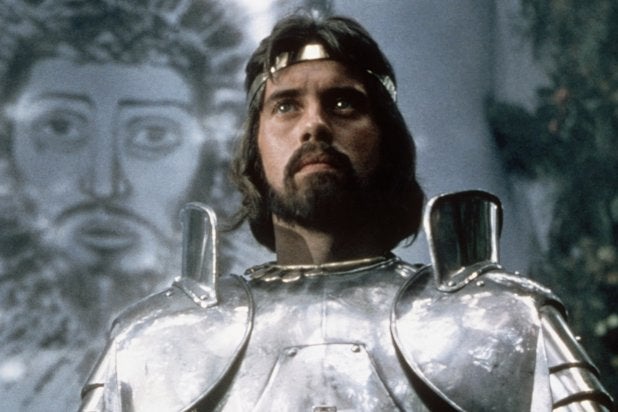 Nigel Terry, best known for his portrayal of King Arthur in John Boorman’s 1981 film “Excalibur,” passed away on April 30, 2015 of emphysema, according to The Guardian. He was 69.

A star of stage, film and television, Terry appeared recently in several British productions, including “Agatha Christie’s Marple,” “Doctor Who” and “Casualty.” His most prominent television role in the United States was in the lead role on the short-lived 1992 medievial-set series “Covington Cross,” where he played Sir Thomas Grey.

His film debut came in 1968 alongside Peter O’Toole and Katharine Hepburn, portraying the teenaged Prince John in Anthony Harvey’s “The Lion in Winter.” He took the title role in Derek Jarman’s “Caravaggio” in 1986, and starred in several other films throughout his diverse career including “Christopher Columbus: The Discovery,” “Blackbeard,” “Edward II” and his final major film production in 2004, “Troy.”

Terry held the distinction of being the first baby born in Bristol, England, after the end of World War II. By 1963, he’d made his way to London where he enrolled at Central School of Speech and Drama. Three years later, he joined the Oxford Meadow Players.

From there, it was on to the Royal Shakespeare Company, the Round House Theatre and the Royal Court Theatre, along with myriad appearances on British television throughout the 1970s.