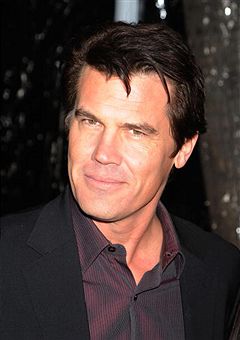 Universal is getting out of the "Cartel" business.

The studio has pulled the plug on Asger Leth’s drug-themed drama starring Josh Brolin, citing concerns about Peter Craig’s script and the project’s ballooning budget. An individual close to the production pegged the budget at $42.5 million, adding that Universal has spent $8.5 million on the property since development began.

Production was supposed to begin in five weeks in Mexico City, with Brian Grazer producing for Imagine Entertainment.

"The studio and its producing partners did not feel it was creatively ready to move forward under the timetable and budget we had established," Universal said in a statement. "We thank all of the filmmakers, cast and crew for their work during pre-production."

The project was inspired by the 1993 Italian film "La Scorta." Brolin was set to play a man willing to do whatever it takes to protect his son after his wife is brutally murdered over her involvement in the Mexican drug world. Brolin took over the role from Sean Penn, who pulled out for personal reasons.

"Cartel" is hardly the first drug-related movie to be shot in Mexico that has been shut down in pre-production. Jonathan Jakubowicz’s "Queen of the South," starring Eva Mendes, was called off last year after the filmmaker and his family received death threats while at home in Los Angeles.

A NBC/Universal spokesperson insisted that no one involved with "Cartel" has received death threats, and that death threats were not the reason the production was shut down.

It has been a turbulent time for Universal lately. The studio is buckling down after not having much luck with its adult dramas after "Green Zone" and "Repo Men" disappointed at the box office. And it’s not the only studio being more prudent with its decisions — Disney and Sony are also exercising more fiscal responsibility, shutting down sequels to "Wild Hogs" and "Spider-Man," respectively.

It’s possible that Universal had second thoughts after scrambling to replace Penn with his "Milk" co-star Brolin, who isn’t as marketable around the world as the two-time Oscar winner.

Deadline first reported the news, and for what it’s worth, I’ve thought Leth’s documentary "Ghosts of Cite Soleil" was excellent.