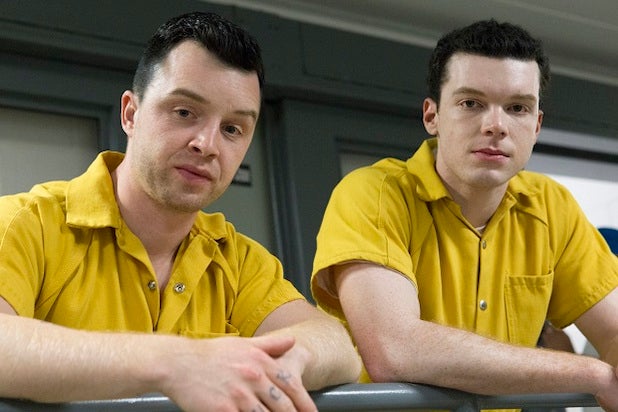 He’s back, baby! When Cameron Monaghan returns to Showtime’s “Shameless” for the series’ upcoming Season 10, he’s bringing Noel Fisher with him.

Back in January, the pay-TV channel said Monaghan would be coming back to the series full-time for its next season. And what would Ian (Monaghan) be without his boy Mickey Milkovich (Fisher), as the two have been reunited in prison since Monaghan originally left the series?

Well, looks like you won’t have to find out, because Fisher’s return was announced via the official “Shameless” Twitter account Thursday night, when the account’s name was changed to “Shameless will return with NOEL FISHER” and the profile picture changed to a shot of the actor holding up a fist with “F–k” written on the knuckles.

And then there was this video, which made everything crystal clear:

This just in: Mickey is BACK on #Shameless season 10!!! pic.twitter.com/Tv6DMFLaSX

Monaghan was quick to congratulate his buddy on the news, tweeting: “Glad we could finally say it: Welcome back to #Shameless, @noel_fisher. Missed you, my friend.”

“Shameless” was renewed for Season 10 in January, with Showtime announcing stars William H. Macy, Jeremy Allen White, Ethan Cutkosky, Emma Kenney, Christian Isaiah and Monaghan would all return for what is now the channel’s longest-running series ever. However, lead Emmy Rossum, whose exit from the show was announced ahead of Season 9 and fulfilled in the finale, will not be back.