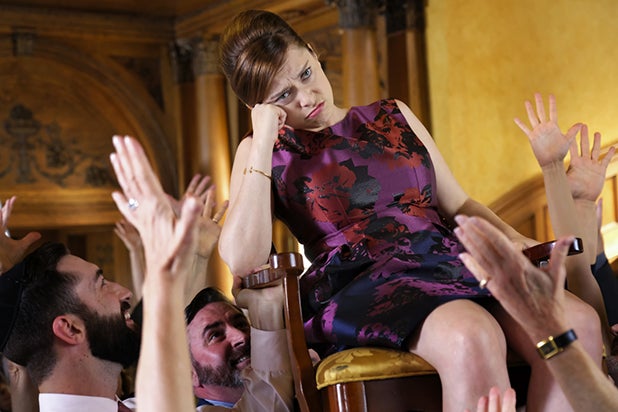 “Crazy Ex-Girlfriend” star Rachel Bloom said that the comedy’s fourth season will be its last.

“Just turned on my wifi on our flight to Chicago and found out that #CrazyExGirlfriend has been renewed for a final season,” Bloom tweeted on Monday after the news of the show’s renewal.

Just turned on my wifi on our flight to Chicago and found out that #CrazyExGirlfriend has been renewed for a final season. https://t.co/Gk8YgvyUX8 pic.twitter.com/cJFnjT1KQu

The CW declined to comment about whether or not Season 4 will mark the series’ end.

Bloom has previously said that she envisioned the show ending after four seasons.

“We’re a show about a very specific journey in a person’s life. And it’s not really a sitcom meant to spit out copies of itself,” she told The Hollywood Reporter after Season 1 wrapped. “Very early on, we called it a 50-hour movie. I think we’re beyond that now. There’s always going to be plot movement, so there’s only so far I think you can go with that. It could be five, but I think around four would be ideal for us creatively.”

Bloom earned a Golden Globe for her leading role as Rebecca Bunch in the series in 2016, and was nominated again last year. “Crazy Ex-Girlfriend” has also won two Emmy awards for choreography and editing.

“Crazy Ex-Girlfriend” was renewed by The CW on Monday along with nine other series, including “Black Lightning,” “Riverdale,” “Jane the Virgin” and “Supergirl.”