Paramount Global has agreed to pay $14.75 million to shareholders of the former CBS Corp. in a proposed class action lawsuit over the company’s alleged failure to disclose sexual misconduct allegations against former CBS chief executive Leslie Moonves, which artificially inflated its stock value.

Lawyers for Paramount, Moonves and the plaintiffs filed a proposed settlement agreement in Manhattan federal court on Friday, a copy of which was obtained by TheWrap. CBS and Moonves have previously denied that they misled their investors.

The allegations against the former CEO came out in 2018 as part of the #MeToo movement, with more than a dozen women accused him of misdeeds including exposing himself and pressuring women for sex. Moonves insisted the relationships were consensual. 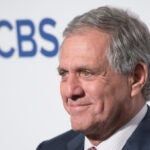 Moonves was fired in September 2018 after a New Yorker article by Ronan Farrow in which six different women accused Moonves of sexual misconduct in incidents going back decades. In December, CBS denied him a $120 million severance package after the board reviewed the findings of an investigation conducted by two law firms hired by the network.

In the lawsuit, CBS investors accused Moonves, acting CEO Joe Ianniello, and other network executives of selling off more than $200 million worth of stock while failing to disclose their findings about widespread sexual harassment complaints at the network.

In 2020, a Manhattan judge found that Moonves’ 2017 statement in support of the #MeToo movement was the only one cited by the plaintiffs that could have misled investors, and dismissed other claims.

CBS Corp merged with Viacom in 2019 to become ViacomCBS, which rebranded as Paramount Global in February.