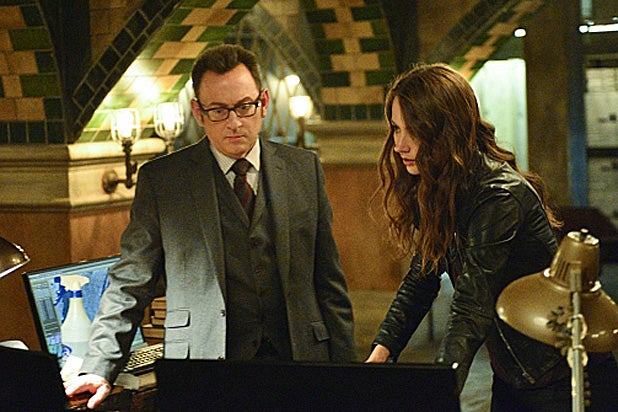 Fans bid a sad farewell to “Person of Interest” on Tuesday night when the CBS drama ended its five-year run.

The series finale did not disappoint however, with many social media users heralding it as an example of how a great show should bow out.

“I’m so pleased I get to add #PersonOfInterest to my short list of shows that ended amazingly well. Endings are hard, this was spectacular,” one Twitter user wrote.

Also Read: 'Person of Interest' to Conclude After 5 Seasons

“Unlike others, @PersonInterest sustained quality writing, acting, directing and production values throughout the series,” another said.

And one viewer simply called it “so damn beautiful.”

The show starred two-time Emmy Award winner Michael Emerson as Harold Finch, the inventor of a super-surveillance computer, and “Person of Interest’s” final episode certainly sparked a more positive response than that of his last TV drama, “Lost,” in which he played Ben Linus.

“He was every man’s conscience. At the same time, he was Prometheus. He had brought something that threatened the structure of civilization,” Emerson said of his character, according to Forbes. He called the part “almost poetic.”

Created by Jonathan Nolan, “Person of Interest” was produced by Nolan, alongside “Lost’s” J.J. Abrams, Bryan Burk and Greg Plageman.

It premiered on Sept. 22, 2011, and won a number of awards over the next five seasons, including the 2016 People’s Choice Award for Favorite TV Crime Drama.

See the flattering tweets about the show’s sendoff below.

I'm so pleased I get to add #PersonOfInterest to my short list of shows that ended amazingly well. Endings are hard, this was spectacular.

Unlike others, @PersonInterest sustained quality writing, acting, directing and production values throughout the series. #PersonofInterest

This is how you do series finale!!! #PersonOfInterest Thank you to the cast and crew of @POIWritersRoom

And that's how we roll on #PersonOfInterest I'm satisfied.
Namaste

#JimCaviezel Thanks for all the memories #PersonOfInterest

We were gifted with such an amazing Show don't ever forget that. #PersonOfInterest

I loved that we found out what the deal was with Finch and birds. That was a lovely moment. #PersonOfInterest

Fantastic finale #PersonOfInterest. Been watching this show for 5-6 years now. Sad to see it go, but glad to see it end the way it did. ????????

To the cast, writers, and everyone it took to make up this awesome show #PersonOfInterest , Thank you. pic.twitter.com/CThmNDnPqB

Better Than 'The Good Wife': 16 TV Series Finales That Stuck the Landing (Photos)

We’re not always happy with the way our favorite shows end, but we should celebrate the good ones when we get them

Not everyone thought "The Good Wife" finale was good -- it's pretty hard to nail the ending of a longform story like a TV show. But some TV endings were great! These certainly were, even if fans weren't necessarily happy with all of them.