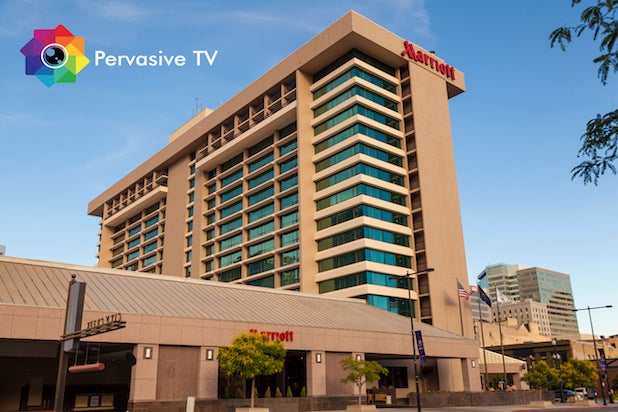 PervasiveTV, an entertainment network aimed at reaching high-traffic areas with targeted content, has launched a new in-room network made specifically for hotels.

Rather than having to use the often-limited entertainment library provided to guests by hotels, the ReachMeTV network will allow users to access an expanded set of content that includes games, live events, promotional events and special exclusive showings and releases in addition to traditional entertainment content.

“Many hotels offer their guests a watered down version of the entertainment they have at home, yet travelers represent a significant portion of the country’s disposable income,” said PervasiveTV co-founder Ron Bloom in a statement. “We are bringing hotel guests a completely new viewing experience … that starts with the in-room screen and extends to any connected device.”

He added, “This is the new mobility. It’s not the phone that’s mobile — it’s the person. We built PervasiveTV from the ground up to match the viewing habits of the modern, mobile, connected viewer.”

The network has already partnered with Marriott, IHG, Hyatt, Wyndham, Choice, Starwood, Red Roof Inn, Best Western, AmericINN and Value Place, and it is expected to add to the list over the next year. The initial launch has reached 275,000 hotel rooms in the U.S. and is set to rise to 1 million by the end of the year.

“We are bridging the gap between the old-fashioned in-room entertainment system and the latest connected technologies, and in the process providing hotels with a powerful way to extend their relationships with their customers,” PervasiveTV CEO and co-Founder Lynnwood Bibbens said in a statement.