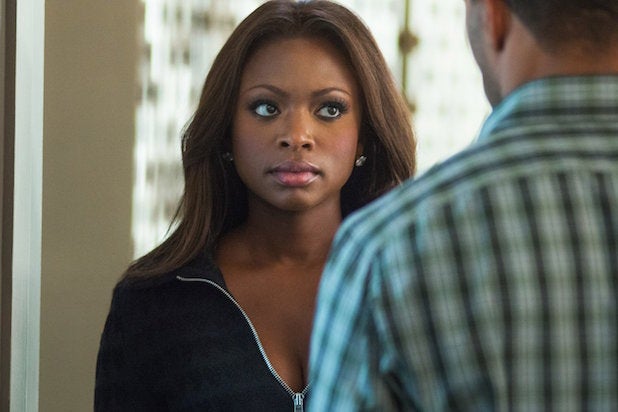 If you thought James “Ghost” St. Patrick (Omari Hardwick) and Tommy Egan (Joseph Sikora) were hardened criminals on “Power,” you may have overlooked the most twisted of them all sitting right under your nose — Tasha St. Patrick (Naturi Naughton).

“Tasha is, to me, one of the most criminal characters,” Courtney Kemp, the creator of “Power” tells TheWrap. “She’s a pure criminal.”

As corrupt as Ghost is, there are multiple times throughout the series that showcase his more innocent side. On one hand he’s a criminal, but on the other, he’s a role model who strives to uplift his community. Tasha, though, is a different story.

“She always knows what to do in a criminal setting — when things pop off, she’s cool-headed,” Kemp explains.

Most recently, Tasha was composed and collected when her son Tariq (Michael Rainey Jr.) shot and killed Ray Ray (Marcus Callender) for his sister’s death. Rather than being shaken up that one of her kids is dead and the other just became a murderer, she calmly instructed Tariq what to do next. She showed him how to burn his clothes and how to meticulously clean up so that there were no traces of the crime left on him.

Only recently on Season 4 does Tasha begin to question her choice to lead an unlawful life. She even tells her best friend, LaKeisha (La La Anthony) that they should expand their hair shop and legitimately run a clean business. Naturally, Keisha second guesses Tasha’s motives, but she appears to really be genuine.