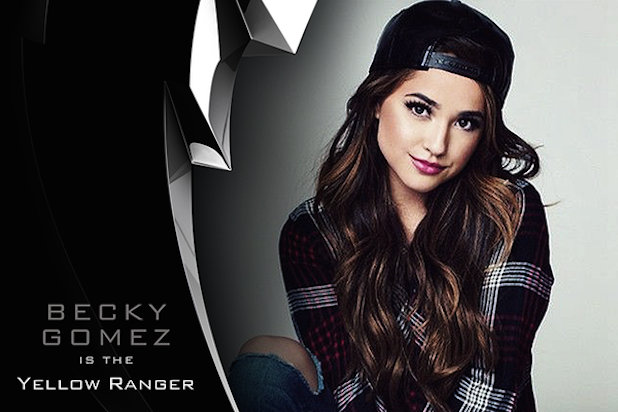 “Empire” actress Becky G., aka Rebbeca Gomez, has been cast as the Yello Ranger in the “Power Rangers” movie, it was announced Friday by Lionsgate and Saban Brands.

Haim Saban and Temple Hill’s Wyck Godfrey and Marty Bowen are producing the “Power Rangers” movie with Brian Casentini and Allison Shearmur. The filmmakers hope to launch a franchise with the movie, which is slated for release in January 2017.