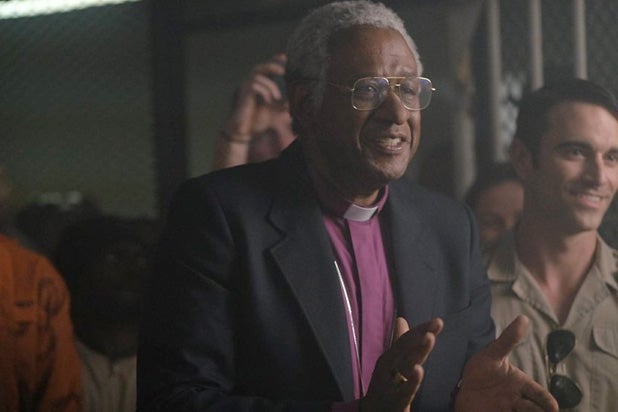 Experience is everything. It’s what we draw upon to fill the gaps when confronted by a blank page.

My own personal experience has taken me from the back streets of the Scottish city of Dundee (known for jam, jute and journalism) to the bright glittering lights of Hollywood. In between I have been a soldier, a taxi driver, ice cream salesman, leather worker, construction manager and barrister.

I practiced law for almost 20 years. It was both a joyful period of my life and a disaster. I represented some of the most notorious and high-profile criminals and at the same time I lost my way through drugs and alcohol.

Also Read: 'Unforgiven' Turns 25: 14 Reasons Why Clint Eastwood Film Is One of the Best Westerns (Photos)

In my own defense, I was diagnosed being high on the Asperger’s scale as a child and always either struggled with the condition or else took advantage of it. A direct consequence I have always been very solitary, so that when it comes to study and writing I can lock myself into whatever I am doing and immerse myself completely. On the negative side, I have never been able to maintain friendships or relationships.

By the time I went to prison in 2008 after a conviction for fraud, I had managed to alienate everyone with whom I had a relationship or connection. I found myself, as usual, alone. Before being found out as someone who defrauded clients, I had been totally lost in my own private hell of drink and drugs. Being forced to give up this vice, I found myself locked into a world of guilt.

While in prison I undertook a script writing course run by a prison charity, Synergy Theatre Project. It was the best thing I ever did, for myself and others. I wanted to avoid writing about gangs and drugs and such things, so I chose something dear to my heart. I had a lot of source material on South Africa’s Truth and Reconciliation Commission, which sat to hear cases of abuse during the apartheid years with the hope that the nation would be healed of its wounds.

I was fascinated by Desmond Tutu’s story but a little dismayed he had been largely overlooked by the entertainment industry. Hence my stage play “The Archbishop and the Antichrist” was born. One thing I did not want to primarily focus on was the Archbishop’s life itself. That is a story which probably does need to be told but I wanted a story rooted in fact which highlighted his love of the principles of forgiveness and redemption, which is of course what the TRC was all about. My own experience of some quite unsavory people around me in prison became the model for Piet Blomfeld, the eponymous Antichrist of the story.

There is so much art and creative writing that comes out of prisons going right back to John Bunyan’s “Pilgrim’s Progress,” penned when he was locked up in Bedford jail, or Alexander Solzhenitsyn’s “Gulag Archipelago.”

It is important to embrace the principle of the healing power of art within prison. Accept any offer of education and learn from those who are prepared to pass on their expertise and experience, and this is particularly true when it comes to mastering the art of playwriting and screenwriting. I decided to mix my experience of being a prisoner with my desire for my own salvation and my love for human rights issues.

My support structure is second to none, with the highly capable and gifted Kim Ashton managing me and my work through the company KS Productions and allowing me the freedom to write without having to worry about any of the ancillary matters. Thanks to their efforts, “The Archbishop and the Antichrist” is now a feature film starring Forest Whitaker and Eric Bana under the title “The Forgiven.”

I hope my story inspires those still enduring the hell of incarceration and lets them see that there is always hope and a light at the end of what often may seem a very dark tunnel.

View In Gallery
BIO Michael Ashton
Michael Ashton is a Scottish-born playwright and screenwriter. A British Army veteran, he was convicted of fraud in 2008 and served 18 months in prison. While serving time, he wrote his first play, "The Archbishop and the Antichrist," about Desmond Tutu and South Africa's Truth and Reconciliation Commission. The play won multiple prizes, including the Koestler Gold Award and Amnesty International's Protect the Human prize. Roland Joffe directed a screen version of the play, "The Forgiven," starring Forest Whitaker and Eric Bana, that Saban Films releases on March 9.

Michael Ashton is a Scottish-born playwright and screenwriter. A British Army veteran, he was convicted of fraud in 2008 and served 18 months in prison. While serving time, he wrote his first play, "The Archbishop and the Antichrist," about Desmond Tutu and South Africa's Truth and Reconciliation Commission. The play won multiple prizes, including the Koestler Gold Award and Amnesty International's Protect the Human prize. Roland Joffe directed a screen version of the play, "The Forgiven," starring Forest Whitaker and Eric Bana, that Saban Films releases on March 9.