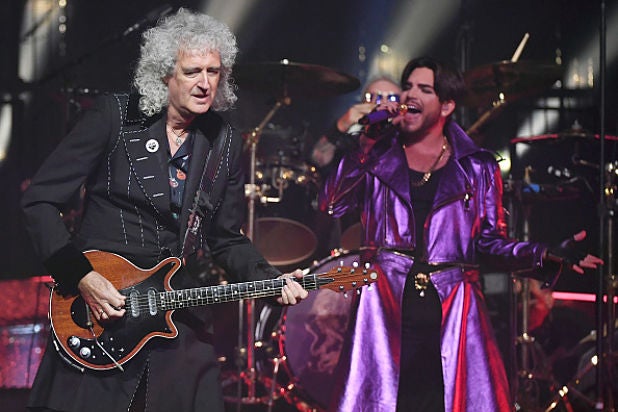 Queen is ready to rock the Oscars. The Academy announced in a tweet Monday that the legendary British rock band profiled in the Best Picture-nominated “Bohemian Rhapsody” will perform during Sunday’s Oscars broadcast.

“Is this the real life? Is this just fantasy? We welcome @QueenWillRock and @AdamLambert to this year’s #Oscars,” the Academy tweeted.

The announcement by the Academy comes after it reversed a decision to move four of the 24 awards to commercial breaks at this year’s ceremony and presenting edited speeches later on in the broadcast. The plan was an effort to shorten the awards broadcast to under three hours, which producer Donna Gigliotti said in an interview with the New York Times Monday would now not be possible.

The Oscars will also feature musical performances by each of the five Oscar-nominated songs. Lady Gaga and Bradley Cooper, Jennifer Hudson, Gillian Welch and David Rawlings and Bette Midler will all perform at the ceremony, with Welch and Rawlings performing “When a Cowboy Trades His Spurs for Wings” and Midler performing “The Place Where Lost Things Go” from “Mary Poppins Returns.” And it’s expected that Kendrick Lamar and SZA will also perform “All the Stars” from “Black Panther.”

“Bohemian Rhapsody,” the story of the formation of Queen and the life story of singer Freddie Mercury, as portrayed by Rami Malek, is nominated for five Oscars.

Is this the real life?
Is this just fantasy?
We welcome @QueenWillRock and @adamlambert to this year's #Oscars!https://t.co/7uDf42FbjJ