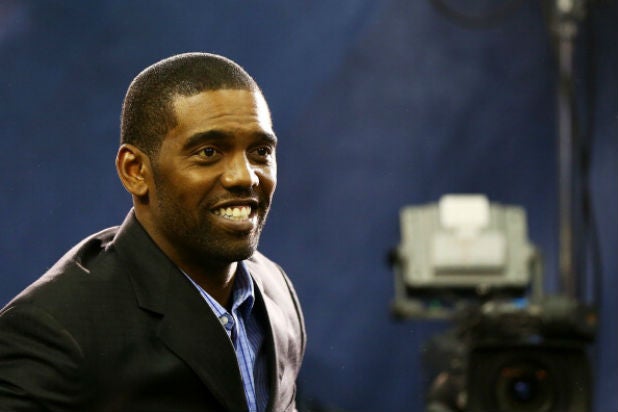 He will appear on “Sunday NFL Countdown” and “Monday Night Countdown” from the site of each week’s “Monday Night Football” game. He will also contribute to ESPN’s annual Super Bowl week coverage.

For the past three years, Moss worked as an NFL analyst for FOX Sports on the Sunday morning “Fox NFL Kickoff” pregame show, among other programs.

“ESPN is the No. 1 sports channel in the world! Now I’m a part of a network I grew up running home to watch,” Moss said. “The team that has been put together has so much football knowledge to share and I can’t wait to get started. I feel very blessed and excited for this opportunity. It’s going be a great and fun year.”

Moss is a six-time NFL Pro Bowler and one of the most successful wide receivers in NFL history. He played 14 seasons until his retirement in 2012. During that time, he played for the Minnesota Vikings, the Oakland Raiders, the New England Patriots, the Tennessee Titans and the San Francisco 49ers.

He amassed 15,292 career yards and 982 receptions, including 156 for touchdowns over the course of his career.

He was the NFL’s receiving touchdown leader five times, including 2007 when he set the NFL single-season record with 23. That year, he also caught 98 passes for 1,493 yards, helping lead the Patriots to the Super Bowl XLII and a perfect 16-0 regular-season record.

A member of the NFL’s All-Decade Team for the 2000s, Moss was named one of the 50 Greatest Vikings when the franchise celebrated its 50th season in 2010.