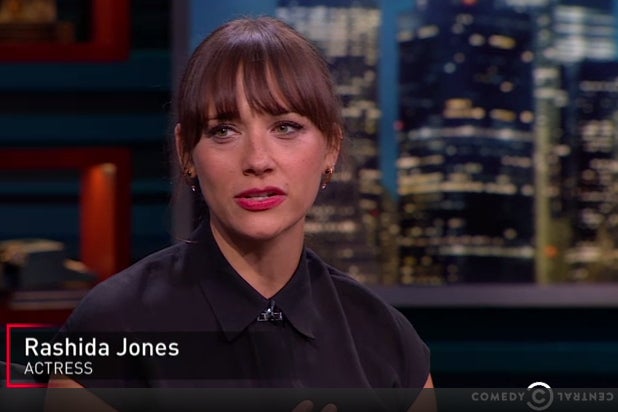 Overseas at the French film fest, women wearing flats were turned away from walking the Cannes carpet — including a woman who practically had an amputated foot, Larry Wilmore informed his 11:30 p.m. crowd. The comedian and former “Daily Show” contributor then took the controversy to his “Nightly Show” panel, which included the “Parks and Rec” star.

“It’s part of a larger problem, which is heels are the worst,” Jones began. “Mainly it’s men designing them … and setting these rules.”

“If they make a rule where that I have to wear heels on the carpet, then I’m making a rule that I’m going to wear flats,” she continued.