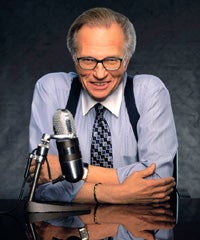 Despite its best intentions — and the $1.8 million it raised — CNN’s two-hour star-studded (Justin Bieber!) Larry King-hosted telethon benefiting Gulf oil spill victims failed to draw the audience producers might have hoped for.

The numbers also paled in comparison to CNN’s January broadcast of the “Hope For Haiti” telethon, which averaged about 1.187 million total viewers during the same time period, according to Nielsen.