In this age where documentaries have become more like narrative films in approach and content, “Riotsville, USA” can’t help but seem old-school in scope. For those seeking information, or some version of the truth even, that is not a bad quality.

At the heart of the doc from director Sierra Pettengill (“The Reagan Show”) is the genesis of police militarization primarily through the phenomena of fictional towns known as Riotsvilles, built by the U.S. military to train law enforcement how to ward off the perceived growing militancy in the nation in the late 1960s.

To do this, Pettengill and her squad — including film editor Nels Bangerter (“Cameraperson”) and producer Jamila Wignot (“Ailey”) — rely on archival footage, a significant portion of which has never before been seen by the public. While some of the older footage leans towards the mundane, none of it is unimportant. 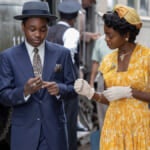 A look at the Riotsvilles themselves is nothing without the context; otherwise, they appear as little more than dollhouse towns intended for child’s play, albeit off the beaten path. Thus President Lyndon B. Johnson’s addresses and the behind-the-scenes look at the assembling of the Kerner Commission to investigate the rising racial unrest and riots are foundational: If a commission of white people found valid concerns around lack of economic opportunity, police brutality and racism from Black Americans, in a report that nonetheless became a national bestseller, then why adopt a militarized approach and response?

While there is no logical answer for that, what “Riotsville, USA” does very well is lay out what was happening during the era. There is footage of Americans offering their opinions on the situation, with some white people actually voicing that systemic changes are needed. Black leaders of the time, of course, echo much of what they’re still saying now. 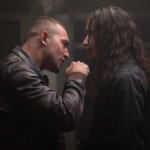 Pettengill effectively opts not to center the riots that erupted after Dr. Martin Luther King’s assassination; that focus has, in the past, made it easier to dismiss the unrest as an emotional response rather than as a reflection of deep-seated issues. To have the archival footage presented here detour from that well-worn point is refreshing, particularly because it makes it clear that the denial of racism and systemic oppression has been consistent.

Arguably most poignant is the focus on the 1968 Republican National Convention in Miami, where a riot erupted in Liberty City. Although government officials made appearances in the aftermath, presumably for the photo op, they broke their promises to return. What’s underscored consistently in “Riotsville, USA” is that the government has not been interested in hearing the issues nor of solving them in the ways activists and reports have suggested. Routinely, “Riotsville, USA” suggests, the response has been to stamp out any protest and to repress it in the hopes that it will go away. 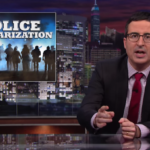 In bold contrast to the flashier, more emotionally-charged documentaries of late, “Riotsville, USA” takes an approach more reminiscent of the PBS of old, or even C-SPAN, in the trust it places in the footage to tell the story. That doesn’t mean bias and editorializing has been completely eliminated here, but unlike some other attempts in this vein, primary sources are favored over talking heads. That might not ensure that doubters will see the light, but it does, however, spotlight empirical evidence.

That reliance upon primary sources ensures that “Riotsville, USA” should be a fixture in high school history classes. And like so many looks back at the civil-rights battles of the 1960s, it remains especially timely. As conservatives continue to insist Critical Race Theory, as they have defined it, is harmful to students and provides an excuse for banning books and other materials, it is hard not to wonder how these suppressors of history might respond to a documentary like “Riotsville, USA,” which prides itself on presenting the filmed proof of the era.

If there is a possibility to erase some of that delusion with truth that could put some of those wayward enablers on the right side of history, “Riotsville, USA” could prove far more valuable than any blockbuster. And with a little more luck, perhaps people will learn that “riots,” as they are termed, are “the voice of the unheard,” to quote Dr. King, and that it’s more important to focus on the root causes rather than on the violence that ensues.

“Riotsville, USA” opens in theaters and on demand Sept. 16 via Magnolia Pictures.